Our awards for service have been presented to 16 presidents of the United States, Brigadier, Lieutenant and five star generals, Ambassadors, members of the Supreme Court, the U.S. Senate, and the U.S. Congress, federal officials, and government employees, all of whom have a deep affection for America's heritage and institutions. Within Massachusetts, our state society is charged with identifying and recognizing servicemen within the Commonwealth.

The society is proud to recognize the accomplishments and exceptional contributions of citizens and public servants in the community in areas such as law, law enforcement, fire safety, and emergency medial.Please enter your nomination below with a short description of the accomplishments of the person so we may be in touch with you An individual may be awarded only once and may be awarded posthumously.

Our Veterans Committee recognizes members who served in the U.S. Armed Forces or other military forces allied with the United States. Members of the society have answered their country's call in every major American conflict from the battle of Lexington and Concord on April 19, 1775 to the present, including Operation Desert Storm, Bosnia, Afghanistan and Iraq. Several of our members have received our nation's highest awards — recipients of the Medal of Honor are recognized on our national website.

Our programs for veterans include:

Please complete this form to apply for, or to recommend, an individual for an award or service recognition. 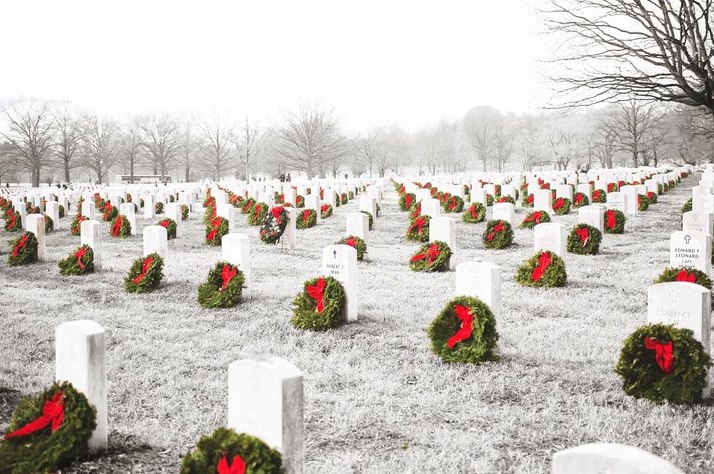 Each December on a specific Saturday, the Massachusetts Society joins Wreaths across America to lay wreaths in veteran's cemeteries and beyond. The ceremonies are part of a week of events of tributes, presentations at State Houses, and a "Veterans Parade" between Maine and Virginia during which participants stop along the way to spread the message about the importance of remembering the sacrifices of our veterans.

The week of recognition is made possible by thousands of volunteers who organize local ceremonies, raise funds to sponsor wreaths, and participate in the events. The cost of our programs is paid solely by individuals, corporate donors, and volunteer truckers. Wreaths across America also coordinates with Veteran Services to provide programs for classrooms in schools throughout the year.