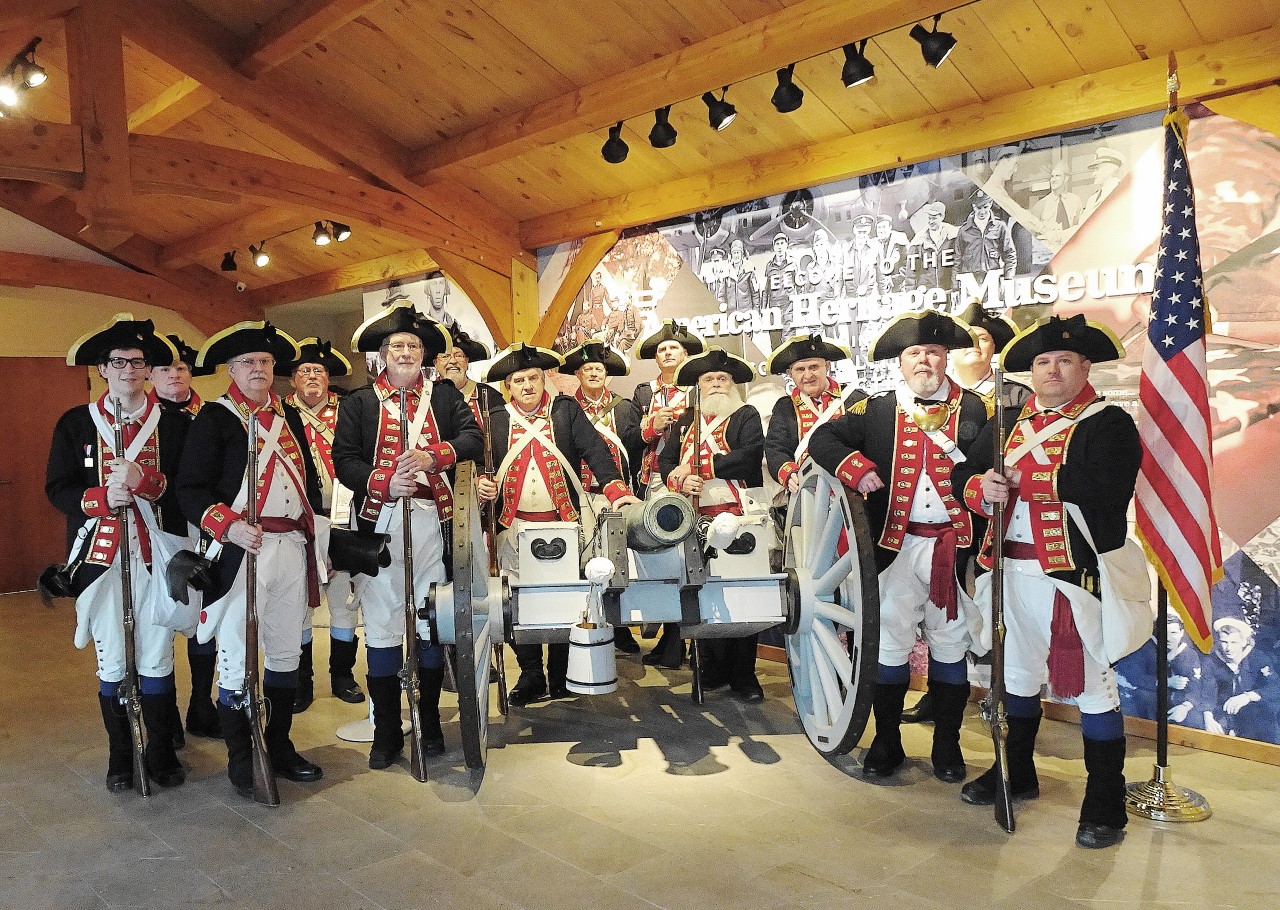 With the onset of war in 1775, America began to train an army to defend against a British invasion. Color Guards and Fifers and Drummers were an important part of the 18th-century military. Just as America enlisted soldiers and stockpiled arms and ammunition, it also trained marchers and drummers to work with soldiers in the field. In the 18th century, these groups served as signal instruments for the infantry, relaying the commander’s orders to soldiers in camp and on the field of battle. The steady rhythm and spirited tunes of the fifers and drummers kept the soldier’s mind off the tedious march.

The uniforms of the Color Guard reflect the time when the Massachusetts regiment was formed on May 19, 1775 with ten companies and 417 men under the command of Colonel Richard Gridley. On November 17, 1775, Colonel Henry Knox took command and held it until December 27, 1776, when he was made Brigadier General and Chief of Artillery in the Continental Army. When the Army was reorganized in 1776, this regiment became the 3rd Continental Artillery under Colonel John Crane.

During the period 1775-1776, the soldiers wore no uniform except what they could get, but the officers adopted a blue coat faced with red and lined with white cloth. These coats were cut in any style that the individual chose as there was no regulation, but the buttons were to be gilt and the buttonholes and lace the same. The coats were cut with tight sleeves and full skirts, as a rule, following the fashion of the day.

Later they wore the regulation artillery uniform adopted for all the artillery in accordance with Washington’s general order of October, 1779. This order was about the same as given above except that the coats were to be faced and lined with red, and the buttonholes bound with yellow tape for the men, and gilt for the officers. Buttons for the men were of pewter with raised letters “U. S. A.” on them, at this time. 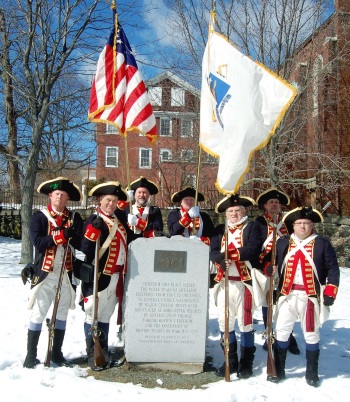 The Massachusetts Society’s Color Guard carries forward these traditions. Since its inception, audiences throughout New England have enjoyed the performances and experienced some history of America’s Revolution. The Color Guard appears in more than 20 events each year as part of our national program. It has come to symbolize what is best about our community, our history, and our society.

Please email the color guard commander with questions on the unit and how to engage them.