Many Americans associate the Founding Fathers with slavery because five of the first seven presidents owned slaves, including Washington and Jefferson. They might be surprised to learn that the American Revolution was the beginning of the end of slavery in America. It planted the seeds of manumission, emancipation and abolition.

The United States did not invent the slavery that it ultimately ended. Slavery had existed all over the world for millennia. It existed in the Americas before the coming of Europeans. It continued to live in America’s European colonies for hundreds of years before the United States’ founding. It came to Virginia in 1619, more than a century and a half before the signing the Declaration of Independence. In 1776, slavery was still common worldwide,all over Africa and in much of Asia.1 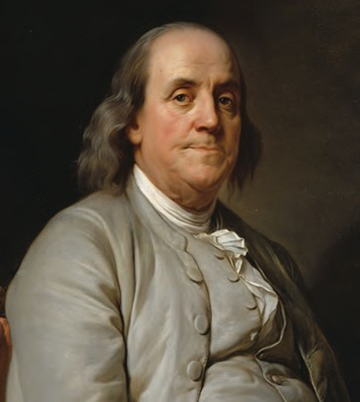 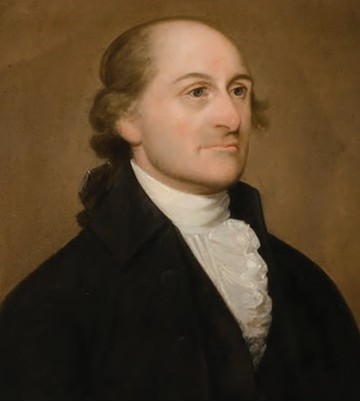 Benjamin Franklin, top, and John Jay, both once owned slaves but freed them and became presidents of the antislavery societies in their respective states—Franklin for Pennsylvania and Jay for New York.

The American Revolution inspired debates about slavery because it was based on the ideas that God created all men “equal” and gave them certain rights, for which governments exist. Americans insisted that their governments be limited and representative. They rejected both monarchy and aristocracy and the idea that anyone had special privileges from birth.2

At the time of the American Revolution, hundreds of thousands of black people lived in the United States. Most of the slaves were in the South, but there were slaves in every state. There were also free people of color and some of mixed race.3

Antoine Benezet, a Philadelphia Quaker, was one of the first Americans to condemn slavery. Even before the War for Independence, he argued that slavery was an evil that defied God’s will and should be abolished. He operated an African Free School in Philadelphia, which educated young black people.4 In 1775, Philadelphia Quakers formed the first antislavery society.

It was not just Pennsylvania Quakers who believed slavery was wrong. Many Virginians, some of whom owned slaves, thought that to do so. When Thomas Jefferson wrote A summary View of the Rights of British America before the Declaration of Independence, he called for the end of slavery and the slave trade.5

Blacks were present at Lexington and Concord. At the Battle of Bunker Hill, in Massachusetts in 1775, individuals such as Peter Salem and Salem Poor distinguished themselves as soldiers in battle.8

When Virginia slaveholder George Washington became commander of the Continental Army later that year, he excluded black soldiers from its ranks. After Lord Dunmore, royal governor of Virginia, issued a proclamation promising freedom to slaves who ran away to fight for the British, Washington reversed his policy by the end of 1775 and invited blacks to enlist in his army, especially those free blacks from Massachusetts who had already fought for the Patriot cause. Both the Continental Army and virtually all the state militias eventually included free blacks and slaves who sought freedom in return for their military service.9

In the preamble to the Declaration of Independence, Jefferson wrote the immortal words that “all men are created equal” and that they are “endowed by their Creator with certain unalienable rights, that among these are life, liberty, and the pursuit of happiness.”10 The rationale for the creation of the United States was equality, which directly contradicted slavery.

Jefferson’s original draft of the declaration included a clause condemning the British for slavery and the slave trade. Still, some of his fellow Southern delegates to the Continental Congress insisted that the clause be removed. Here is what Jefferson originally wrote: “He [King George III] has waged cruel war against human nature itself, violating its most sacred rights of the practice of slavery they had inherited was wrong. In 1772, the Virginia House of Burgesses petitioned King George III to end the slave trade, but the king refused life and liberty in the persons of a distant people who never offended him, captivating and carrying them into slavery in another hemisphere, or to incur miserable death in their transportation thither … Determined to keep open a market where MEN should be bought and sold, he has prostituted his negative [veto] for suppressing every legislative attempt to prohibit or to restrain this execrable commerce …”11

The New England states allowed blacks to serve as soldiers early in the war. The New York legislature passed a law in 1776 that allowed blacks to serve as substitutes for whites who had been drafted and, in 1781, passed another law to grant freedom to those slaves who served. Some of the Southern states also allowed freedom for slaves who fought for America. As early as 1778, North Carolina exempted slaves who fought for the United States from the fugitive slave law, and in 1783, Virginia passed a law granting freedom to slaves who had fought in the Patriot army.12 Colonel John Laurens of South Carolina urged states to give freedom to slaves who fought in their armed forces, but his state refused to do so.13 Only two of the 13 states, Georgia and South Carolina, rejected black soldiers’ enlistment, both free and slave.14

According to Ron Chernow, noted biographer of both Washington and Hamilton, as many as 5,000 African Americans served on the Patriot side during the American Revolution. At various times, blacks made up 6-12 percent of Washington’s army. Many blacks also served in the state militias. The Continental Army was the most integrated American fighting force before the Vietnam War.15 While most blacks in the American Revolution served in integrated units, a few units were either all or mostly black. Massachusetts had two black units, one with a black commander. Connecticut and Rhode Island also each had a black company of soldiers.16

One of the most tragic episodes in the American Revolution occurred during the siege of Yorktown. Lord Cornwallis, running low on supplies to feed his army, forced runaway slaves who had come over to his side to leave the city, displacing them into the no-man’s land between the two armies’ trenches, where they became casualties of artillery fire from both sides.19

Some of the most famous of the Founding Fathers, including John Hancock, Benjamin Franklin and John Jay, once owned slaves but later freed them. Franklin and Jay became presidents of the antislavery societies in their home states, Pennsylvania and New York. Alexander Hamilton and Aaron Burr of New York and Benjamin Rush of Pennsylvania also joined their states’ antislavery societies. Other Patriots such as John and Samuel Adams of Massachusetts and Thomas Paine never owned slaves and were always opposed to slavery.20 By 1792, there were antislavery societies in eight states, from Massachusetts to Virginia.21

Even Virginians who owned slaves, such as Washington and Jefferson, expressed their opposition to the slave trade and their hope for slavery’s eventual demise. Virginia law forbade masters from freeing their slaves until 1782, when the legislature allowed manumission at will. As a result, thousands of slaves were released by their masters. Robert Pleasants, a Virginia Quaker who liberated 78 of his slaves, urged Washington to free his slaves. Lafayette encouraged the same. In 1785, two prominent Methodist ministers, Thomas Coke and Francis Asbury, urged Washington to free his slaves. They met with him at Mount Vernon to seek his support in an emancipation petition. They later presented it to the Virginia legislature. Washington agreed that slavery was wrong, but he did not sign the petition, and it failed in the assembly. In his will, Washington eventually decided to free his slaves, but only after the death of his wife, Martha, who survived him.22 Despite his opposition to slavery, Jefferson never freed his slaves, with whom he believed he had good relations. When he returned to Monticello after serving as American ambassador to France, they welcomed him with great joy.

In the years during and soon following the war, the Founding Fathers’ generation slowly began eliminating slavery from the United States. When Vermont became an independent republic and wrote a constitution in 1777, before it became a part of the United States, it abolished adult slavery within its borders. In 1780, the Pennsylvania legislature passed a law for the gradual elimination of slavery during the war. No African American born after the passage of the law was to be held in bondage after his or her 28th birthday, and in the meantime, such persons were to be treated as indentured servants or apprentices instead of slaves. In 1783, New Hampshire, as Vermont had done earlier, passed legislation that outlawed adult slavery.23 In 1784, the year after the war concluded, Connecticut and Rhode Island passed laws for the gradual abolition of slavery, following Pennsylvania’s example.24 New York passed a manumission act in 1785 to free slaves in the state gradually. It declared that after July 4, 1799, all children of slaves were free but were subject to apprenticeship until they reached a certain age, 28 for men or 25 for women. It also forbade the export of slaves. In 1786, New Jersey passed a similar manumission act and then a gradual emancipation law in 1804. In 1787, in the Quock Walker case, the Massachusetts Supreme Judicial Court under Chief Justice William Cushing ruled slavery unconstitutional because it violated the 1780 state constitution.25 Between 1780 and 1787, most northern states passed legislation against slavery—if not to immediately end it, then to end it gradually.26

In 1787, the same year as the Constitutional Convention, the Articles of Confederation Congress passed the Northwest Ordinance that banned slavery north of the Ohio River. The policy resulted in abolishing slavery in all the future states north of the Ohio River and west of the Northern states, which were already abolishing slavery.27 The first United States census, taken in 1790, reported no slaves in Massachusetts or Vermont. Black people living there had already been freed, including 761 in Boston. Of the 1,230 blacks in Philadelphia, only 210 of them were slaves. In 1807, Congress passed a law to ban the importation of slaves from Africa, ending, by law, the slave trade to America, effective 1808. By then, all of the northern states had either abolished slavery or mandated its gradual demise.28

When we judge the Founding Fathers and the American Revolution, we should not compare what they achieved with what we have today, but what they achieved with what went before them. They took the first giant steps toward implementing governments dedicated to defending equal rights for all men. The governments they founded in the states and for the country in 1776 did not immediately end the slavery they had inherited from the British Empire. Still, by the time the Founding Fathers died, slavery was dead in half of the country. One of the legacies of the American Revolution was the beginning of the end of slavery in America. To be sure, there was a long way to go. In the South, slavery continued until the end of the War Between the States, and most blacks in America remained enslaved until the passage of the Thirteenth Amendment in 1865. Abraham Lincoln knew the American Revolution’s story and its ideals more than many other Americans; he quoted the Declaration of Independence in his Gettysburg Address. He mostly completed the work the American Revolution had started: the elimination of slavery from America.

Compatriot Daniel Haulman, Ph.D., is a member of the General Richard Montgomery Chapter, Alabama Society. Before retirement in 2019, he led the Air Force Historical Research Agency at Maxwell Air Force Base, Ala. He worked there for 37 years, 35 of them as a historian, and the last 13 as a supervisory historian in charge of the organizational histories section. His dissertation was on the first state constitutions. He has written several books, most about Air Force history.

Actual Sons of the American Revolution