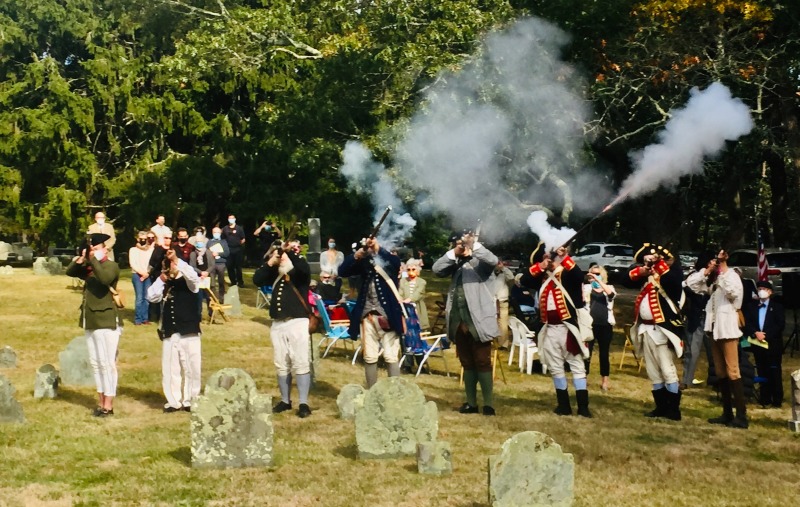 The Yarmouth Minutemen and the Massachusetts Society of the Sons of the American Revolution fire a regulation musket volley at the Marstons Mills Cemetery last Saturday to honor 12 veterans of the Revolutionary War (1776-1783) who are buried in gravesites that have been newly cleaned and restored.

Last Saturday marked a ceremony of dedication at the Marstons Mills Cemetery to honor 12 veterans of the Revolutionary War (1776-1783) who are buried at gravesites that volunteers recently cleaned and restored.

Among the audience of about 50 people were Nancy Clark, chair of the Barnstable Historical Commission; Donna Lawson, president of the Marstons Mills Village Association; and retired judge David Reardon, sporting a tricorn hat.

The program featured remarks by SAR geneaologist David Schafer, who described how militia members would be called upon to drop their farming to defend the cause. Occasional high-wind gusts made the hand-held mic crackle.

by Steve Kaufman Not only is West Main Street becoming Museum Row. It also is…