One of the most fascinating conversations I’ve ever had was with a professional genealogist.

Months before this call, I had visited the offices of American Ancestors and the New England Historic Genealogical Society (NEHGS) a Tessitura member that is the largest and oldest genealogical society in the United States. Despite the New England in their name, they provide comprehensive genealogical research for all Americans and beyond.

Our conversation that day centered around their work with Tessitura, as one would expect. But at the end of the meeting I spent a few moments glancing around the conference room of their historic brownstone in Boston. It was filled with portraits and photos and what felt like miles of old books – detailed histories of thousands of families. So many lives hidden deep in those tomes. I asked if they could tell me some of the stories they’ve uncovered, and they suggested the best one to talk to was their Chief Genealogist, David Allen Lambert. We spoke by phone a few weeks later. 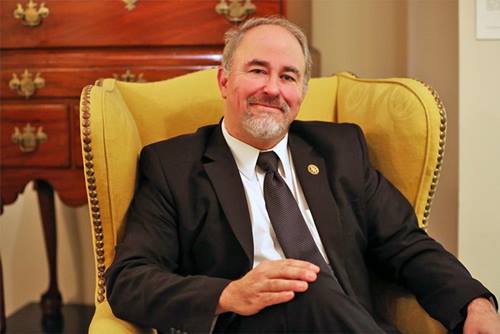 David has been Chief Genealogist for a quarter of a century, and it was clear from his enthusiasm that each new family he researches becomes a fresh puzzle. Just as Sherlock Holmes styled himself a “consulting detective”, David and his fellow genealogists at NEHGS are effectively “consulting genealogists.” If you are researching your own family tree and hit a roadblock, you call in David and team, and they will help you move forward. He is at once a historian and a sleuth and has explored the family trees of thousands of people in his career. (Introvert friends: raise your hand if this seems like the coolest job in the world). 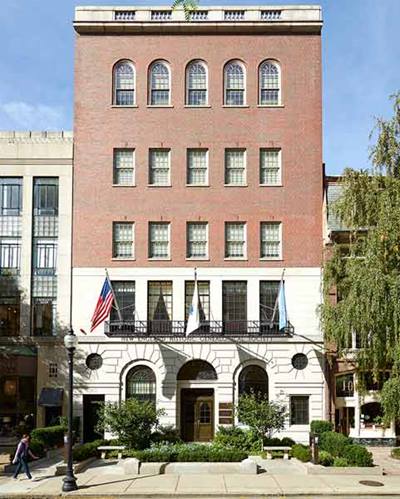 The exterior of a building under a blue sky. The upper three stories are brick; the first two stories are pale stone, with ‘New England Historic Genealogical Society’ carved into it.

“What are the most amazing stories you have heard?” I asked. I was dying to hear about the person who found they were related to George Washington, or someone who learned their grandmother wasn’t really their grandmother after all. David demurred. These are private stories, after all, and I sensed a bit of a doctor/patient privilege. So, with a kindly pivot, he answered a different question than the one I had asked him.

Rather than tales of a swashbuckling genealogist, David provided a personal story and some sage advice. He began by noting that consulting genealogists often find themselves in graveyards, looking for clues on tombstones. When his kids were younger, he would sometimes take them on his weekend research, traipsing through cemeteries in the New England countryside. Standing by a grave marker one day, he showed his daughter the birth and death dates carved into the stone.

“Look at that,” he said to her. “A date. A dash. A date. Remember this: those dates don’t matter. Everything that matters is what happens in that dash.”

I sat up and listened more closely.

For David, the dash on a tombstone has two profound messages. The first is a cosmic reminder to make the most of your dash. The second is perhaps simpler, but equally profound.

Be a Good Ancestor

One could say that the profession of consulting genealogy exists because so tantalizingly little is recorded about most humans through history. Unless you happen to have very famous lineage, chances are after a hundred years or so, the best you will know about your ancestors is those start and end dates. The knowledge of their personalities, quirks, passions, loves and losses is nothing more than a dash on a stone. (And for many, not even that).

Everything that matters is what happened in that dash. 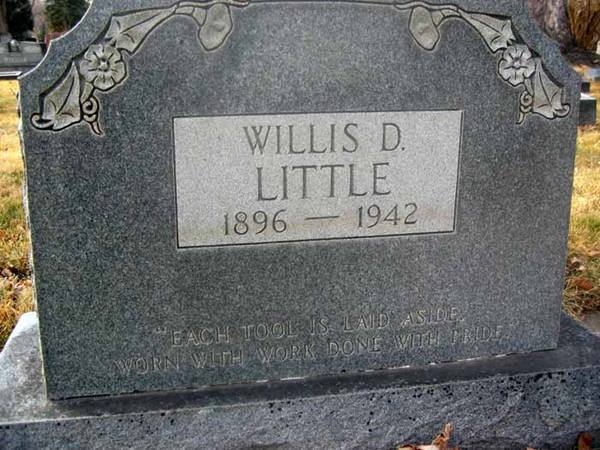 Photo by Paul L. Dineen, no modifications made.

David has spent his own dash trying to fill in the dashes of countless others, and he is on a mission to illuminate those dashes for the benefit of future generations.

What he was really saying to his daughter that day was simple: “Be a good ancestor.” It was an entreaty to provide documentation of your life and the lives you have known, so that future generations have a chance of filling in the dash of you.

It is said that most humans can truly know only five generations in their lifetimes: grandparents, parents, contemporaries, children and grandchildren. Five generations, at most, if you are lucky. And when one of those generations is gone forever, the knowledge of their multi-faceted life starts to recede, year by year, until all that is left is the dash.

What can we do about it?

David’s suggestion is simple: Record everything. If you are lucky enough to have elderly relatives, ask them lots of questions and write down the answers. Ask the questions that won’t show up on census records. Ask for their stories.

Filling in the dash: getting a started guide 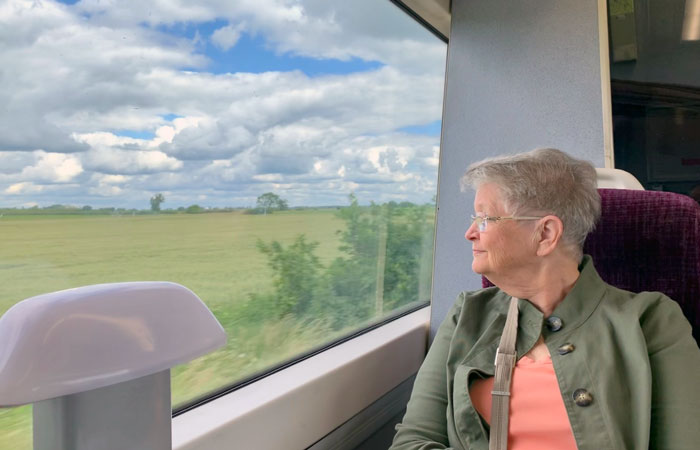 I recently had a chance to spend an extended train ride through the English countryside with my septuagenarian mother.

Interviewing my mom on a train in England

With David’s advice ringing in my ears, I asked her a series of questions that she found puzzling but was game to answer. It went something like this:

I’m still compiling everything I learned from my mom that day, so that I can share it with my own child. Meanwhile, on the other side of my family tree, I recently wrote this post on my personal Medium page to make sure my daughter and future generations get a sense of my dear departed father.

I never want him to fade into a dash.

While we cannot change the past, we can learn from it. Don’t lose your opportunity. Everything that matters happens in the dash, so make sure you document it.

Be a good ancestor.

Throughout history, certain documents have been issued to claim or establish rights and to check abuses of power. To many, the document known as Magna Carta, or the Great Charter, written in thirteenth-century England, is one of the most potent symbols of political liberty and justice. This exhibition brings together six important documents significant to American history, spanning more than eight centuries: Magna Carta, the Declaration of Independence, an early draft of the Constitution, the Emancipation Proclamation, the Declaration of Rights of the Women of the United States, and the Universal Declaration of Human Rights.
Upcoming Events