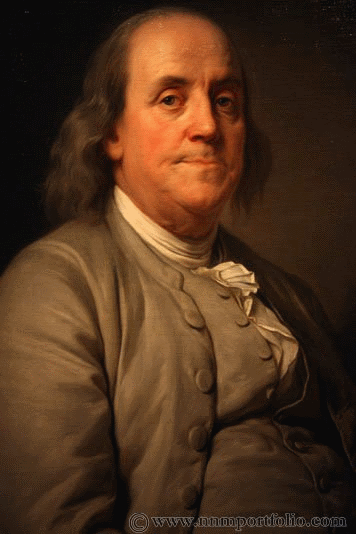 From his witty sayings to his numerous \ndrafting the Declaration of Independence; from his work in securing French support for the American Revolution to his service in the Constitutional Convention, the breadth and depth of Benjamin Franklin’s contributions have shaped America and the world as a whole for more than two centuries and will continue to do so for untold millenia. However, lost and often overlooked in the profundity of Franklin’s wit and wisdom lies his insights into the field of behavioral psychology. With scientific precision and a sagacious understanding of behavior, Franklin outlined in his autobiography a method he devised for improving attendance at religious services that many could consider unorthodox, but which was used with great “satisfaction” and which led to his methods and results being published in a leading academic journal 179 years following his death.

While there have been many subfields and schools of psychology throughout the ages, each offering a different and unique explanation of human behavior, the field of behavioral psychology did not gain prominence until the 1920s and ’30s. In fact, it wasn’t until 1938 that B.F. Skinner, eschewing the mentalistic explanations of behavior that pervaded psychology at that time, presented his scientific findings on operant conditioning and reinforcement in his book, The Behavior of Organisms. To summarize his findings as briefly as possible, Skinner concluded that the environment operates on, and is largely responsible for changes in, behavior. A key facet of his findings was operant reinforcement, which occurs when a stimulus (any item or event) is presented immediately following a behavior, resulting in future increases in frequency, duration or magnitude of that behavior. In Skinner’s laboratory work, he presented pigeons with pellets of food contingent on them pecking a disk in their cage. Through careful observation and measurement of this pecking behavior, Skinner found that pecking increased in frequency when food pellets were provided immediately following pecking the disk. In the late 1940s and into the ’50s practitioners began successfully applying the principles of behavior, such as operant reinforcement, described by Skinner. The field of applied behavior analysis was then born, and ever since, behavior analysts have been helping individuals, from athletes to individuals diagnosed with developmental disabilities, change their behavior in significant ways (Cooper et al. 2007).

While Skinner was the first to provide scientific evidence for the principle of operant reinforcement, he was not the first to document its existence or utility. Around 1755, during the French and Indian War, Franklin was given a commission by Pennsylvania’s governor, Robert Morris. In his autobiography, Franklin (2008) writes, “[T]he governor prevailed with me to take charge of our northwestern frontier, which was infested by the enemy, and provide for the defense of the inhabitants by raising troops and building a line of forts.” It is during this time, as a commander of troops in the French and Indian War that Franklin’s insights into behavioral psychology become apparent, as just a few pages later in his autobiography, he writes:

“We had for our chaplain a zealous Presbyterian minister, Mr. Beatty, who complained to me that the men did not generally attend his prayers and exhortations. When they enlisted, they were promised, besides pay and provisions, a gill of rum a day, which was punctually serv’d out to them, half in the morning, and the other half in the evening; and I observ’d they were as punctual in attending to receive it; upon which I said to Mr. Beatty: ‘It is, perhaps, below the dignity of your profession to act as steward of the rum, but if you were to deal it out and only just after prayers, you would have them all about you.’ He liked the tho’t, undertook the office, and, with the help of a few hands to measure out the liquor, executed it to satisfaction, and never were prayers more generally and more punctually attended; so that I thought this method preferable to the punishment inflicted by some military laws for non-attendance on divine service.” While not always punctual in attending divine services, Franklin observed that the troops were always punctual in lining up to receive their twice-daily rations of rum. Obviously, rum must have been something that motivated the troops—something that they preferred. What better way was there to motivate the troops to attend divine services than to have the good chaplain serve the rum only after divine services? With remarkable prescience, Franklin predicted the chaplain would be surrounded by the troops and goes on to note that the chaplain “undertook the office” and “executed it to satisfaction.” This was a simple, successful and pragmatic solution. Furthermore, it was a demonstration of the application of operant reinforcement that caught the attention of B.F. Skinner, the father of applied behavior analysis, 214 years later.

In 1969, there appeared one of the shortest articles in the 50-year history of the Journal of Applied Behavior Analysis, the peer-reviewed scientific journal for ABA practitioners. In 169 words, the author, whose affiliation was listed as the American Philosophical Society, described his method of improving attendance at religious services by dispensing rum at the conclusion of the services. With those 169 words taken directly from his autobiography, Benjamin Franklin is listed as the author, and a postscript reads, “Reprints may be obtained from B.F. Skinner, Department of Psychology, Harvard University, Cambridge, Massachusetts, 02138.” While Skinner is often credited with the discovery of the principle of operant reinforcement, Franklin had once again demonstrated that he was a man ahead of his times and was justly credited with his contributions to the field of behavioral psychology 179 years after his death.

The author would like to thank David E. Schrader, Ph.D., for reviewing and offering feedback on the original version of this manuscript.