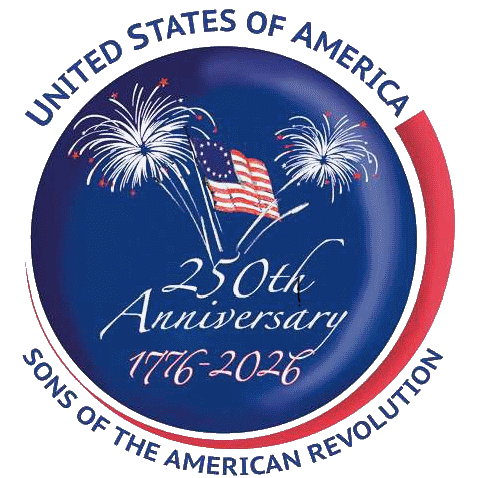 On March 18, 1766 the hated Stamp Act was repealed. Also on March 18, 1766 the Declaratory Act (the American Colonies Act 1766) was enacted. The longtitle of the act perhaps best reveals its troublesome nature: “An Act for the better securing the Dependency of His Majesty’s Dominions in America upon the Crown and Parliament of Great Britain.” The Declaratory Act was an assertion by the British parliament that it held legislative power over British colonies “in all cases whatsoever.” This included the power to tax. It was essentially the same assertion of parliamentary authority that had been made with respect to Ireland in the Declaratory Act 1719 (An Act for the better securing the dependency of the Kingdom of Ireland on the Crown of Great Britain), as the Duke of Northumberland affirmed in parliamentary debate (cited in Temperley, p. 578).

In the euphoria over the repeal of the Stamp Act, most in the Colonies hardly noticed the Declaratory Act. Revolutionary leaders like the Adams cousins and Patrick Henry were profoundly concerned with abstract questions of rights and were alarmed by the Declaratory Act, but others paid little attention to such abstract questions of rights and saw the more concrete end of the Stamp Act with joy.

To understand the adoption and significance of the Declaratory Act, four issues need to be explored: 1) the dramatic expansion of British possessions resulting from the Seven Years’ War and the resulting need to develop systems for administering those possessions; 2) the political instability that plagued Great Britain during the 1760s, the first decade of the reign of King George III; 3) two sets of distinctions between different kinds of taxation that seem to have been the subject of confusion on both sides of the Atlantic Ocean; and 4) the concern of British political leaders and ordinary citizens for the honor and authority of King and parliament.

It is also important to note that the issues surrounding American policy were not unrelated to issues of British parliamentary reform. While Great Britain was technically ruled by parliament, the British Parliament bore only marginal relation to a representative assembly. By the reign of King George III, there had been no redistribution of parliamentary “representation” for over two centuries.

Certain districts that had been sufficiently populous when the distribution was made to be entitled to representation in parliament, had gradually lost most of their inhabitants, but still possessed the right to send representatives to parliament. Others that had been practically uninhabited, when the distribution of seats had taken place, had grown in population until they had become great cities, such as Birmingham, Sheffield, Leeds, etc., but were without the right to send representatives. (McElroy, p. 45) Kings at times had given additional representative to areas and groups that served their political purposes, but there was no general reform until the great Reform Bill of 1832 (McElroy, p. 46). British political leaders of various stripes recognized the similarities between the American colonists and Britons from the unrepresented areas. Some of those leaders developed the idea of “virtual representation” to justify the lack of representation of major blocks of the British population. The idea of virtual representation was that “a man is represented ‘virtually’ … if his interests are represented” (McElroy, p. 47). Defenders of parliamentary taxation of the Colonies maintained that the colonists were in the same situation as the residents of, say, Birmingham. The American colonists, however, had developed their own system of representative assemblies and took genuine representation quite seriously.

Parliamentary reformers like Pitt, known in his time as “The Great Commoner,” maintained the “idea of a virtual representation … is the most contemptible that ever entered into the heart of a man” (Pitt, quoted in McElroy, p. 47). Not surprisingly, some of these parliamentary reformers maintained the consistent position that parliament lacked the right to tax the colonists. Thus the Pitt faction and the Grenville faction of the Whig establishment were deeply split on the issue of colonial taxation.

To the extent that there was some consensus, it could best be expressed by the view of secretary of state for the Northern Department, Henry Seymour Conway, as related by an American named Mr. Trail, that “the Stamp Act must be repealed, that there was some difficulty about coming off with honor, and that America would boast that she had conquered Britain” (cited in Hodge, p. 267). Some of the American colonists’ closest friends in parliament, like Edmund Burke, supported the Declaratory Act as a necessary assertion of “the supremacy of parliament” (cited in Hodge, p. 267), basing their opposition to the Stamp Act largely on issues of practical politics and commercial policy. Yet there were others, like Pitt, who opposed the Declaratory Act as a basic matter of principle. In the end, not surprisingly, the practical won out. As Thomas notes, “Rockingham and his colleagues had always been aware that they had to devise a policy that was not only agreed upon by themselves, but also acceptable to the King, Lords, and Commons” (Thomas, p. 164). Both Conway and Burke maintained parliament’s right to lay “internal” taxes on the Colonies, while maintaining that it would be unwise ever to exercise that right (Thomas, pp. 230f.).

As was so often the case, Benjamin Franklin’s words were prophetic: “the resolutions of right will give them [the colonies] very little concern, if they are never attempted to be carried into practice” (cited in Hodge, p. 276). Less than 15 months later, at the instigation of Charles Townshend, parliament did attempt to carry it into practice. The rest, as is so often said, is history.


David E. Schrader earned his doctorate in philosophy and taught philosophy for more than 35 years. He served as executive director of the American Philosophical Association from 2006 to 2012. He has served as president of the Edmund Terrill Chapter, TXSSAR; the George Washington Chapter, PASSAR; and the Major Robert Kirkwood Chapter, DESSAR; and is currently president of the Cape Cod Chapter, MASSAR. He has also served as state chaplain in both the PASSAR and the DESSAR and serves as current chaplain of the Germany Society.

In the mid 1770s, especially after the Battle of Lexington and Concord in April 1775, any toleration for Loyalists vanished. Patriot committees of safety required citizens to pledge support for the cause of American independence or be deemed “inimical to the liberties of America.” Violence toward Loyalists increased, leading many to leave the country for Canada, Britain, or the West Indies. Presented here are selections by and about Loyalists that represent the tumultuous political atmosphere at the outbreak of the American Revolution, and the personal decisions required by Americans loyal to Britain and/or unwilling to abandon the goal of reconciliation and fight a war for independence.

A Letter from Col. Paul Revere to the Corresponding Secretary Jeremy Belknap on the Battle of Lexington

I observed a Wood at a Small distance, & made for that. When I got there, out Started Six officers, on Horse back, and orderd me to dismount;-one of them, who appeared to have the command, examined me, where I came from, & what my Name Was? I told him. it was Revere, he as- ked if it was Paul? I told him yes He asked me if I was an express? I answered in the afirmative. He demanded what time I left Boston? I told him; and aded, that their troops had catched aground in passing the River, and that There would be five hundred Americans there in a short time, for I had alarmed the Country all the way up. He imediately rode towards those who stoppd us, when all five of them came down upon a full gallop; one of them, whom I afterwards found to be Major Mitchel, of the 5th Regiment, Clapped his pistol to my head, called me by name, & told me he was going to ask me some questions, & if I did not give him true answers, he would blow my brains out. He then asked me similar questions to those above.
Upcoming Events
Feb
19
Sat
9:00 am 2022 Annual Meeting @ Harvard Club of Boston
2022 Annual Meeting @ Harvard Club of Boston
Feb 19 @ 9:00 am – 4:00 pm