A rare artifact from a pivotal moment in American history. 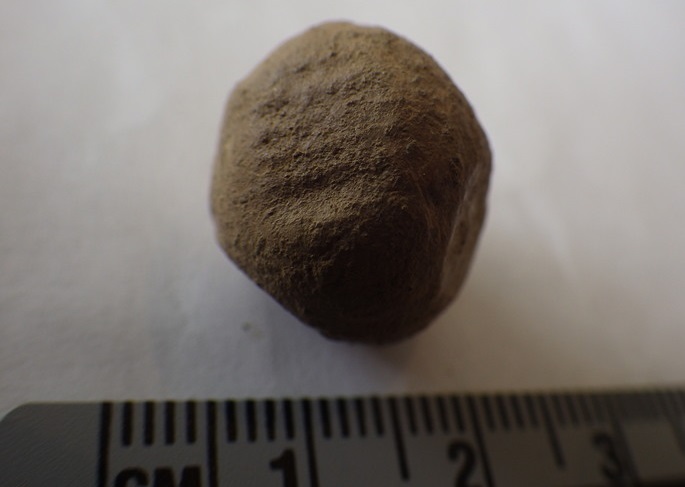 At Monmouth Battlefield State Park, in Freehold, New Jersey, a group of volunteers has discovered a rare Revolutionary War artifact—a piece of canister shot with traces of human blood on it.

Last spring, on an otherwise routine dig, the Battlefield Restoration & Archaeological Volunteer Organization (BRAVO) decided to change its usual procedures. For more than 20 years the group has been working to excavate artifacts at this Revolutionary War battlefield, and in the past they have gone out with metal detectors, mapped the objects they found, washed the finds, and put them in storage or on display at the visitor’s center. But this time, Dan Sivilich, the organization’s president, asked the crew to try a different strategy. They donned surgical gloves, and instead of washing the artifacts, they extracted them from the earth and placed them directly in polyethylene bags.

Sivilich, the author of Musket Ball and Small Shot Identification, is an expert in Revolutionary War artillery, and if the crew found anything of interest, his plan was to send the artifacts off for protein residue analysis. When he examined the latest finds, he found two pieces of canister shot with intriguing patterns on them. Each one looked like it had been blasted through fabric. This could indicate that they had passed through a uniform and injured or killed a person. 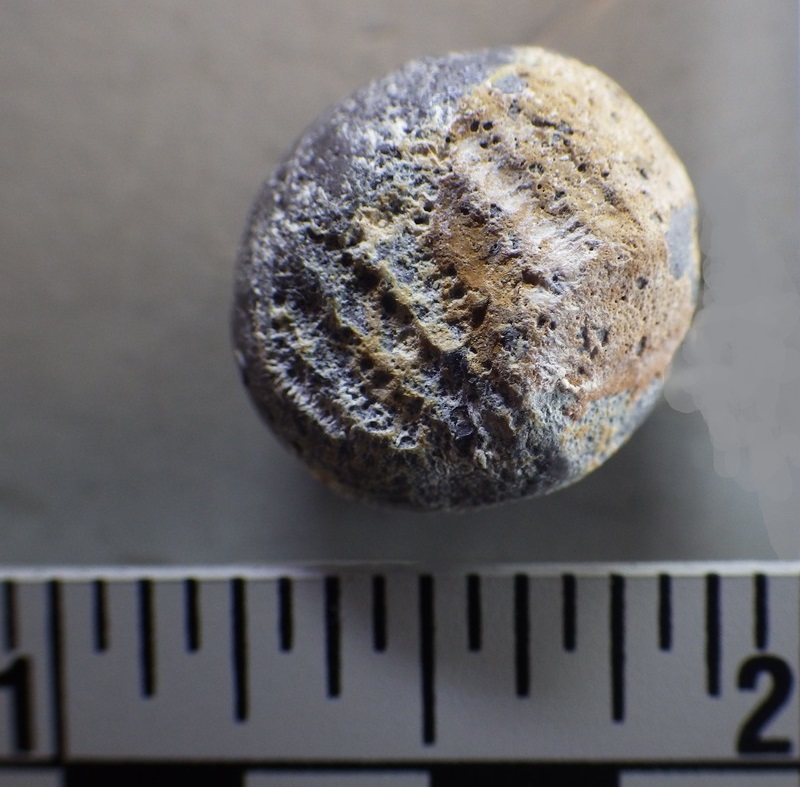 This piece of canister shot had a much deeper impression on it, but did not test positive for blood.

As Sivilich explains, the velocity of a shot alone can leave this kind of mark after it hits its target.

Canister shot was used by packing a case of musket balls into a cannon, and then firing the package as a ricochet—say, 75 yards in front of the enemy, so the case would rupture and throw the balls up into enemy ranks. This type of shot has a characteristic octagonal shape and, in this case, one piece held an impression that could have been caused by a fine weave, and the other had the impression of a coarse weave.

BRAVO sent the two pieces of shot, along with a control unlikely to have blood on it and a fourth artifact to the PaleoResearch Institute, a company that specializes in archaeological analysis. Sivilich had heard about testing for protein residue from Linda Scott Cummings, the institute’s founder and a longtime acquaintance from the world of battlefield archaeology. It had been used successfully to test Revolutionary War musket balls for blood—this would be the first test of artillery shot.

The canister shot after being cleaned up.

The artifact with the fine weave impression came back testing weakly positive for human blood. To conduct the test, the lab had to strip off the patina of lead carbonate that grows on the metal over time. By the time the shot was cleaned of its crust, the fabric impression was gone, so Sivilich now believes that the pattern may have come from the artifact’s proximity to a corn stalk.

In other words, it was in some ways pure luck that this piece of shot was even tested. But it remains the first to hold traces of human blood. The other find, with the deeper weave pattern, retained the impression after cleaning, but did not test positive for blood. Sivilich believes it may have gone through a soldier’s haversack and hit hard against a pewter plate or mug that he was carrying.

Right now the artifacts are in storage at the battlefield, but BRAVO hopes they’ll be put on display, perhaps next to another piece of shot that has the shape of a tooth clearly impressed into it. “It hit someone’s tooth and went out their head,” says Sivilich. “It’s one of the ones that people hate to look at but can’t look away.” It is likely that many of the 1,200 or so musket balls that BRAVO has found on the battlefield once held some trace of blood. But since those artifacts have already been handled and washed, it’s impossible to know. But this newly discovered piece is one that they know, as surely as it’s possible to know, hit a person—perhaps one of the 22 men who died on the battlefield and were buried there.