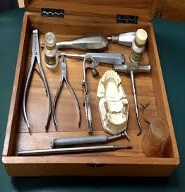 Dental records are frequently used in crime scene investigations for body identification. What is the history of forensic dentistry?

Historical records indicate the first instance of a dentist identifying a body using dental records occurred during the American Revolution, 100 years before the first American dental school was built. In 1775, young Boston physician Dr. Joseph Warren, one of the leaders of the Sons of Liberty, died in the Battle of Bunker Hill. His body was identified via dental records.

Warren was considered one of Boston’s finest physicians. His patients included Samuel Adams, John Hancock and future Presidents John Adams and John Quincy Adams. On April 18, 1775, Warren learned of the British plan to march to Lexington, Mass., to arrest John Hancock and Samuel Adams and to confiscate the guns and ammunition at Concord, Mass. That evening, Warren dispatched two messengers to warn the American patriots of the arriving British soldiers. He sent William Dawes by land through areas guarded by the British and he sent Paul Revere across the Charles River into the surrounding countryside.

As the war progressed, John Hancock and Samuel Adams traveled to Philadelphia as delegates to the Continental Congress, Warren stayed in Boston to fight the British. During the Battle of Bunker Hill on June 17, 1775, the 34-year-old Warren was fatally struck in the head by a musket ball. His body was buried in a shallow grave by the British soldiers, along with a farmer also killed in battle.

After the British evacuated Boston, nearly 10 months later, the two bodies were exhumed. Warren was identified by his dentist, who had crafted a false tooth. The dentist was Paul Revere, who may be the nation’s first forensic dentist.

Born in 1734, Paul Revere was a goldsmith and silversmith. As a self-taught dentist, he used his skill to fabricate false teeth. Although it is true that between 1773 and 1775, Revere relayed messages about British troop movements as a member of the Committee of Correspondence, we now believe the night of his famous ride he was actually captured and detained by the British.

What ever contributions Paul Revere made to the American Revolution, it appears he was the nation’s first forensic dentist. Since that time, forensic dentistry has become an important tool in identification.

In 1768, Revere placed an advertisement in the Boston Gazette offering to replace lost front teeth with artificial ones. Two years later, he ran another ad claiming he’d replaced hundreds of teeth. He also boasted he “can fix them as well as any Surgeon-Dentist who ever came from London,” fixing them in such a Manner that they are not only an Ornament, but of real Use in Speaking and Eating.” 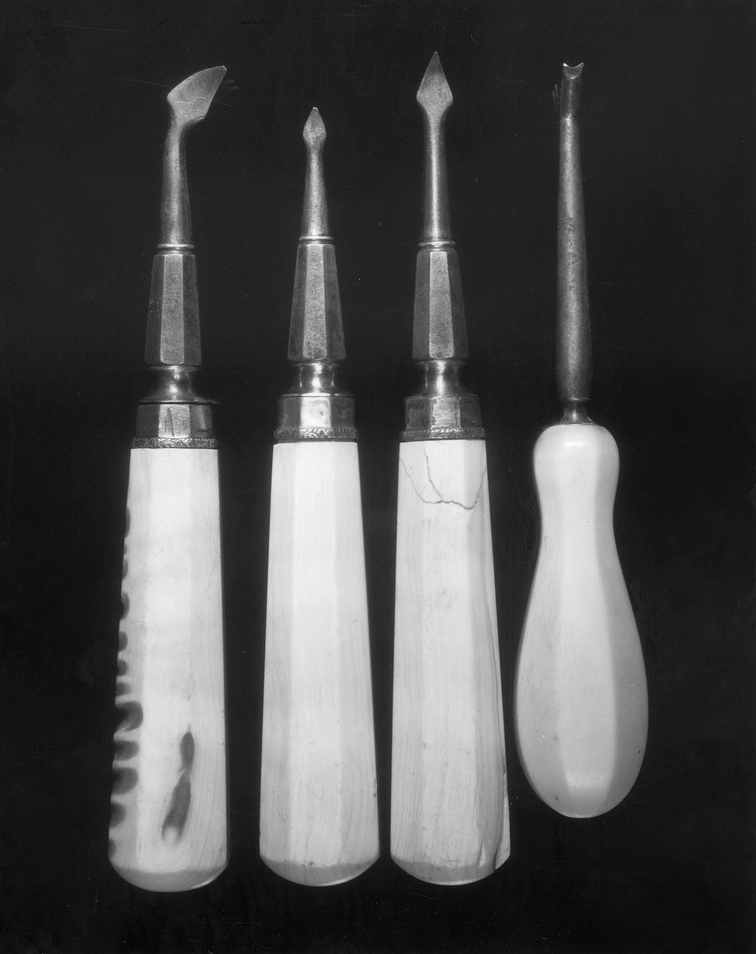 Paul Revere used these dental extractors for tooth extraction while practicing dentistry in Boston, Mass. from 1768-1775.

Those were rough years in Boston. Merchants, artisans and tradesmen who had prospered during the wartime economy of the French and Indian War were now scrambling. The Stamp act of 1765 had further depressed commerce in Boston.

Revere in 1768 was 34 with a growing family to support. He was in debt, and an attempt was made to attach his house. So he hung out his shingle as a dentist, cleaning teeth and wiring into place false teeth made from ivory or animal teeth. He’d learned how to do it from John Baker, a surgeon-dentist living in a friend’s house.

One of Revere’s patients was Dr. Joseph Warren, a close friend who shared his revolutionary affiliations and connections. It was Warren who told Revere the British were probably coming to capture Sam Adams and John Hancock, sending him off on his famous midnight ride.

Warren was shot and killed during the Battle of Bunker Hill. The British buried him in disgrace: in a mass grave without his uniform or identification. A few days after the British evacuated Boston in March 1776, Revere, some friends and Warren’s brothers went to the battlefield to look for Warren’s body. They found a grave with two unrecognizable bodies. Revere identified one as Warren by recognizing a walrus tooth and the wire he had used to replace a missing tooth.

Warren was given a proper funeral and buried in a marked grave. Paul Revere had become America’s first dental odontologist.