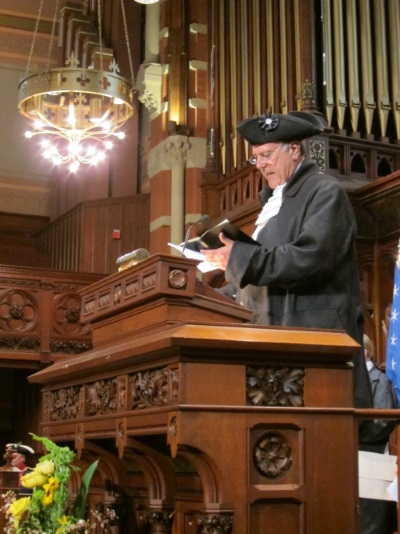 Above: Garrett Lear, First Vice President and Chaplin of the Massachusetts Society. 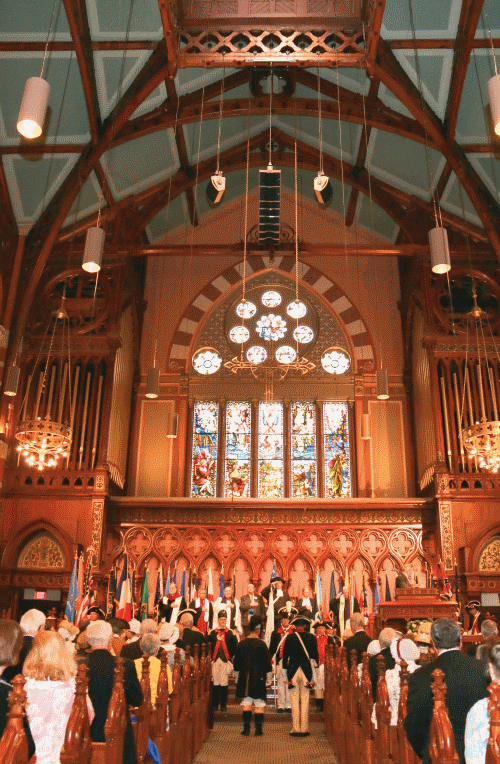 Left: Established in 1669, the Old South Church is one of the oldest religious communities in the United States. Organized by dissenters from Boston’s First Church, it was known as the Third Church (to distinguish it from the First and Second Congregational Churches in the city). Members of the congregation have included Samuel Adams, William Dawes and Benjamin Franklin. In 1773, Adams gave the signals from the Old South Meeting House for the “war whoops” that started the Boston Tea Party.

The 124th Congress, hosted by the South Carolina Society July 18-24, drew 555 compatriots and guests to Greenville, making it one of the largest on record. Greenville, in the southern foothills of the Smoky Mountains, is best known as the North American headquarters of BMW and for having an amazing downtown park system. The park is built around the rolling falls of the Reedy River, with the curved, cantilevered, one-of-a-kind Liberty
Upcoming Events
Feb
19
Sat
9:00 am 2022 Annual Meeting @ Harvard Club of Boston
2022 Annual Meeting @ Harvard Club of Boston
Feb 19 @ 9:00 am – 4:00 pm