The new History Channel mini-series “Sons of Liberty” gives the Hollywood treatment to the revolutionary secret society. So were these freedom fighters brawling hunks, or just concerned patriots?

Without a time machine to go back to 1765 in Boston and New York City, we’ll never really know how much the fictional actors in the TV series resembled their real-life counterparts, in terms of physical looks.

On the surface, however, the TV series takes some liberties with the actors’ appearances. The real Samuel Adams was 51 years old at the time of the Boston Tea Party; in the movie, 33-year-old Ben Barnes plays the role of Adams as more of an action hero.

But in temperament, the real Sons of Liberty were feisty, patriotic and clever, and their actions were part of a progression that led to rebellion, the Declaration of Independence and eventually, the Constitution.

The Sons of Liberty were formed in early 1765 in the port cities of Boston and New York as concerns grew among colonists about more taxes and more control by the British government in the aftermath of the French and Indian War.

They took their name from speech given in February 1765 on the floor of Parliament by an Irishman, John Barre, who deeply opposed the proposed Stamp Tax on the American colonies and questioned Parliament’s motives. 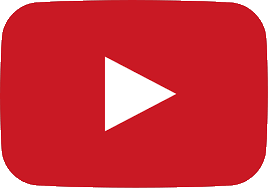 “As soon as you began to care about them, that care was exercised in sending persons to rule over them — in one department and another — to spy out their liberty, to misrepresent their actions and to prey upon them; men whose behavior on many occasions has caused the blood of these sons of liberty to recoil within them,” Barre said.

A year earlier, Parliament had passed the Sugar Act, which cut import taxes in half on molasses (which was used to make rum) but also contained strict measures to collect taxes that most colonists had avoided paying. There was also a draft measure circulating about a second tax that could be coming from Parliament.

On March 22, 1765, British Parliament passed the Stamp Tax. It required colonists to pay taxes on every page of printed paper they used. The tax also included fees for playing cards and dice.

That summer, Massachusetts called for a meeting of all the colonies — a Stamp Act Congress — to be held in New York in October 1765. Committees of Correspondence were also formed in the colonies to coordinate protests against the Act.

But on August 14, 1765, outrage boiled over in Boston. Protesters organized as the “Sons of Liberty” took to the streets in a very defiant act against British rule.

The prolonged violence showed the British government that it had severely miscalculated a taxing effort to pay for nearly 10,000 British troops who remained stationed on American soil after the French and Indian War concluded.

“The Sons of Liberty on the 14th of August 1765, a Day which ought to be forever remembered in America, animated with a zeal for their country then upon the brink of destruction, and resolved, at once to save her,” wrote Samuel Adams about that fateful day.

Adams was not part of the original group of nine men that formed an alliance called the Loyal Nine to protest against the British, but that small group evolved into a bigger organization as middle-class colonists grew more upset.

In Boston, the Sons of Liberty met under what was known as the Liberty Tree near Boston Common. Hoisted on the tree was an effigy of Andrew Oliver, the city’s stamp tax agent. Soon, a mob of several thousand people attacked Oliver’s office and his home, and the effigy was stomped, decapitated and burned.

News of the protests, the actions of the Stamp Congress, and the publication of Patrick Henry’s Virginia Resolves fueled anger across the colonies, and many colonies saw their own versions of the Sons of Liberty created.

The Parliament repealed the Stamp Act the following year, facing additional pressure from British merchants who saw their sales to the Colonies plummet. But Parliament then passed the Declaratory Act, which stated its right in principle to tax the colonies as it saw fit.

The conflict with the British government culminated with Tea Party protests of 1773, which were undoubtedly a turning point in American history.

For years, Americans refused to buy British tea because it included a tax levied on drinkers, a thought that repulsed colonists who didn’t believe they should be taxed without a representative sitting in the British parliament to voice their concerns.

Instead, Americans bought tea smuggled into the colonies. But in May 1773, Parliament gave the East India Company a tea monopoly that also made British tea much cheaper than smuggled tea.

In Boston, a large gathering had turned violent in December 1773, when three ships arrived with 342 chests of tea. In what became known as the Boston Tea Party, a party of 60 men from the Sons of Liberty dressed as Indians and dumped the tea chest’s contents into Boston Harbor.

The act of defiance in Boston and actions taken by the Sons of Liberty in other port cities infuriated the British Parliament.

In April 1774, the Parliament passed the Coercive (or Intolerable) Acts, which punished Massachusetts for the Tea Party incident. But other colonists saw the acts as a punishment targeted at all the colonies.

A boycott proposed from the Sons of Liberty led to the calling of the First Continental Congress in Philadelphia on September 5, 1774. Hostilities broke out the following April in Boston.

As the Revolutionary War unfolded, the term Sons of Liberty came to be used for anyone who opposed British rule.

After Long Omission, National Parks To Honor Minorities In Revolution

After Long Omission, National Parks To Honor Minorities In Revolution Information About Blacks, Others Will…