(508) 229-1776 compatriots@massar.org Member Login
TwitterFacebookGoogle PlusPinterestVKInstagramLinkedInFlickrVimeoRSS
Building to a Revolution: The Powder Alarm and Popular Mobilization of the New England Countryside, 1774-1775

Abstract: This article explores a relatively unknown but significant event that illuminates the growing conflict between Great Britain and the American colonists. As a result of the Powder Alarm of September, 1774, the New England countryside underwent a popular mobilization. The aftermath of the Powder Alarm, seven months before the first battles at Lexington and Concord, heralded the coming outbreak of hostilities. 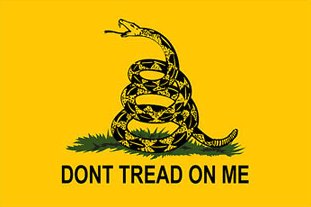 The following day, rumors ab “War! War!” These emotional cries shattered the reserved decorum of the first Continental Congress meeting at Philadelphia in early September, 1774. The rumor of a possible British attack on Boston put a charge to the men who had gathered to coordinate a colonial response to recent Parliamentary actions known as the Intolerable Acts. Delegates from various colonies quickly assured the New England representatives that they would support the embattled province. John Adams was convinced that if the news had “proved true, you would have heard the thunder of an American Congress.”

The rumor that threatened to embroil the English-American colonies in civil war emanated from a simple military maneuver undertaken by British troops stationed in Boston. On September 1, Thomas Gage, acting as Royal Governor in Massachusetts and Commander in Chief of the American colonies, sent a detachment of soldiers to secure and remove gun powder stored in Charlestown, Massachusetts. Conducted in secrecy, the operation proved to be a success, and by early afternoon all the powder had been removed to Castle William, securely guarded by the king’s troops.

But the operation circulated throughout New England and quickly ballooned to epic proportions. Many in the New England countryside heard that British troops had fired on a group of Bostonians and killed six. As the day wore on, the rumors were embellished to include a naval bombardment of the city that virtually leveled the seaport. One observer noted that “the news flew like lightning…. [In] about five or six days the Alarm spread thro’ above a Million of People.”2 In New England alone, an estimated sixty thousand men mobilized, armed, and marched toward Boston fully intending to engage the English troops in battle. In the end, the rumor of war was disproved before the two sides collided.

For the remainder of the article please see the reprint from the
Historical Journal of Massachusetts here..

250 YearS ago : The STamp acT The Beginning of the American Revolution Dr. David…