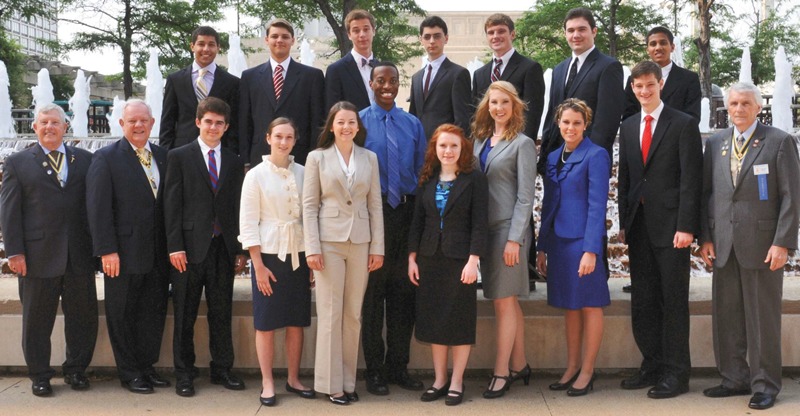 In a crowded church sanctuary configured much like a modern university classroom, America’s earliest traditions of free speech were given full expression more than 200 years ago by the Virginian statesman Patrick Henry. Speaking to persuade his colleagues to fortify Virginia’s defenses against encroachments by Britain, Henry declaimed plainly, “…I shall speak forth my sentiments freely and without reserve … For my own part, I consider it as nothing less than a question of freedom or slavery…”1 He delivered these words knowing that his political opponents in the room were virulently opposed to his position. But every man of his day in the American colonies embraced a common understanding of the liberty to speak freely.

In fact, no one knew better the importance of expressive freedom than the Founding Fathers. From the dawn of the nation, they deliberately designed the Constitution to safeguard rights of individual citizens. They recognized that the “only legitimate government was based upon the consent of the governed,” and accordingly drew up an outline for a weak government—one that distributed power among three countervailing branches to ensure that governmental authority would not become too concentrated and revert to tyranny.2 So concerned were these patriots that the individual liberties of Americans be clearly delineated that James Madison drafted the Bill of Rights.

One of the most valued of these rights has truly set the United States apart from every other nation in the world. Throughout the course of history, few countries have been able to boast that their citizens have complete freedom to voice their ideas, whether in public speeches, private conversation, or, in more recent years, online forums. Freedom of speech, as guaranteed by the First Amendment, is indeed a distinguishing factor of American government, but has not always been upheld in the most praiseworthy manner. Well-intended, but inappropriate, legislation in early American history, such as the Alien and Sedition Acts of 1798 or the Gag Resolution of 1836, have attempted to silence Americans and keep them from speaking their minds. This pattern of the subjugation of free speech has lately taken a darker turn, manifesting itself in the country’s most crucial center for learning—the university.

As colleges were becoming more diverse in the 1970s and 1980s, “speech codes” were enacted with the intent to prevent any offensive language from being used in the classroom. What has evolved out of such restrictions on speech in the college environment is truly cause for concern. Now, students on many campuses are forbidden from wearing or endorsing certain messages on clothing, speaking their minds outside of tiny “speech zones,” or even reading specific literature in public. The latter was seen at a university in 2008 when a student was convicted of “racial harassment” about the Ku Klux Klan (in fact, the book was about how the Klan was defeated by Notre Dame University). At Valdosta State University a year earlier, another student was expelled for protesting usage of $30 million in student fees to build an unnecessary parking garage.3 Thankfully, these harsh rulings were overturned.

However, the question remains why students continue to be penalized in such a manner when these punishments are clearly unconstitutional. The question can be answered in part by the fact that the writers of “speech codes” often rationalize their documents by saying that offensive or harmful speech is “harassment,” something the Constitution strongly—albeit implicitly—condemns. Yet, repeatedly, university authorities are interpreting violations of “harassment” as transcendent and more grievously harmful than violations of basic First Amendment guarantees of free speech. To be sure, extreme speech can inflame or incite—as exhibited by the many orations of Patrick Henry. Yet, for this very reason, the Fathers intended that Americans of future generations err on the side of not proscribing any free expression.

The Founding Fathers established a representative democracy to give voice to the will of the common citizen and to prevent abuse of power by any singular monarch or dictator. They recognized that such a government would not be a success unless all its citizens were able to let their voice be heard. As seen with the given cases, expressive freedom is not safe even today. If the American people will not hold to the Constitution and protect their rights, who will? Each citizen thus has a duty to put a stop to any exploitation or suppression of their freedom, even on a deceptively small forum as the university.

When Patrick Henry spoke in that crowded sanctuary in had been tempered over years of intrusions upon the liberties of Virginians and Americans. Now we must take a principled stand, just as our Founders did over 238 years ago, to protect our unalienable rights in the face of new intrusions. We must rekindle the freedom to voice our ideas. Were Patrick Henry able to see what has become of the nation’s centers for learning today—and how their dogged determination to suppress anything they deem unworthy for study is hurting their students—the very people that will lead this nation next—he would be appalled. He most certainly would speak his mind freely about such injustice.

We must never forget soldiers of the American Revolution

by Scott K. Fish Special to the Piscataquis Observer June 5, 2018 Driving two-lane back…

On June 9, 2004, the casket bearing Ronald Reagan’s body was carried up the steps of the US Capitol