Most American historians readily admit that the lawyer played a significant role in colonial society, at least after 1750. Yet few colonial lawyers have attracted biographers capable of or interest in the evaluation their contributions to the development of American law. Among all that practiced, the career of John Adams has been, perhaps, the best known largely due to his autobiographical habits and the instincts of his descendants to preserve his work.

Drawing on Adam’s writing, the Honorable Hiller B. Zobel painstakingly co-authored the annotated collection of John Adam’s legal papers. In these, Zobel exposes Adams’ path to the political arena by way of the legal profession. Here, gathered together in three volumes, is an inclusive presentation of important cases where Adams was 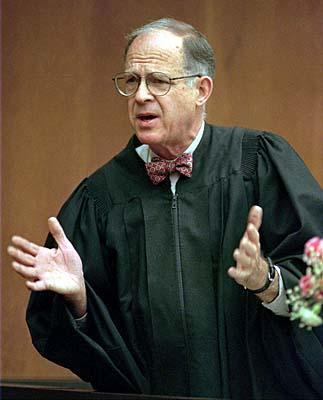 involved. Also included are Adam’s notes and commonplace book of his years as a student to show the influences on the young law student in 1758. These are followed by Adams’ Pleadings Book, and a cross-section the laws of eighteenth-century Massachusetts from 1759 on, to show his work as teacher.

To know the work of John Adams as a lawyer on the eve of the Revolution is to have a unique perspective on the influence of the law on American history. All of the material stems from Adams’ own notes and minutes, supplemented by court records, letters, depositions of witnesses, and the minutes of other lawyers, as well as extracts from Adams’ correspondence and diary to make the record of each case as full as possible. The selections reveal events, personalities, and legal struggles directly related to the founding of American.

Judge Zobel received an A.B. from Harvard College (1953) and an LL.B. from Harvard Law School, (1959). He was appointed to the Massachusetts Superior Court September 11, 1979 and served until the Massachusetts Constitution’s mandatory retirement at age 70. From 1959-1967, he litigated within the admiralty courts. From 1967-1979 he was an associate professor and professor at Boston College Law School and a part-time practitioner and council to WCVB-TV and Boston. He has also authored books on the Boston Massacre, Massachusetts Rule Practice (with J.W. Smith), and Doctors and the Law.

Please join us for a fascinating discussion.