African Americans of Massachusetts in the Revolution


About 1,700 African Amerian and American Indian men have been identified in this study as being among the nearly 68,000 soldiers Massachusetts supplied to the army during the Revolution.1 General Artemus Ward, George Washington’s predecessor as Commander-in-Chief, issued the first general order of the Continental Army in the spring of 1775. That order required that a descriptive return, including “complexion,” be made of all men in the army.2 Although it was not always followed to the letter, the order has made the task of identifying minority participants in the Revolution less difficult. The Massachusetts Minutemen who were organized as a result of the Committee of Safety’s October action responded quickly to the Lexington Alarm on April 19, 1775.3 Among them was Prince Estabrook, an African American from Lexington, who was wounded in that first battle of the Revolution.4 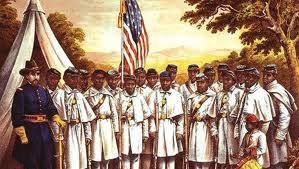 After the Alarm at Lexington, the Massachusetts Committee of Safety realized the impending danger of further conflict with Great Britain and passed a resolution on May 20, 1775 regarding enlistments into the army. It stated that only freemen were to be enlisted and “that no Slave be admitted into this”.

The first Provincial Congress of Massachusetts meeting in October 1774 reacted to the closing of Boston harbor and other coercive acts of Great Britain by choosing a Committee of Safety which was authorized to muster, arm, and supply a Army upon any consideration whatever.”6 Although that resolution was set aside for further consideration by the third Provincial Congress to whom it had been referred, it was made effective by an order of the Continental Army issued on July 10.7 The order issued at Cambridge by George Washington’s Adjutant, General Horatio Gates, read, You are not to enlist any deserter from the Ministerial Army, nor any stroller, negro, or vagabond, or person suspected of being an enemy to the liberty of America, nor any under eighteen years of age.8

The same order forbade the enlistment of anyone who was not American born.9 Gates’ order was reinforced by a conference on October 23 between General Washington and a committee of the Continental Congress at which they decided that the service of African Americans should be rejected altogether.10 However, African Americans had already been serving in the army as shown in a letter addressed to John Adams dated October 25, 1775 from General John Thomas, commander of the Massachusetts troops at Roxbury. General Thomas deplored the prejudices of some of the Southern colonies and wrote, “We have some negroes, but I look on them, in general, as equally serviceable with other men for fatigue; and in action many of them have proved themselves brave.”11
/p>

As a result of the October conference, Washington issued a general order on November 12, which read: “Neither negroes, boys unable to bear arms, nor old men unfit to endure the fatigues of the campaign are to be enlisted.”12 Washington partially rescinded that order in General Orders of December 30 when he said,

“As the General is informed that numbers of free negroes are desirous of enlisting, he gives leave to the recruiting officers to entertain them, and promises to lay the matter before the Congress, who, he doubts not, will approve of it.”13

Congress did approve of Washington’s action, and on January 15, 1776 decided, “That the free negroes who have served faithfully in the army at Cambridge may be reenlisted therein, but no Others.”14

In the meantime, Massachusetts set its own criteria for the enlistment of African Americans by passing two acts in 1776, the first on January 26 and the second of November 14 which specifically exempted “Negroes, Indians and mulattoes” from military service.15 However, faced with difficulty in meeting the State’s quota for the army set by Congress, the legislature passed an act on January 27, 1777, which exempted only Quakers.16

It is evident that in spite of the resolutions passed in 1776, Massachusetts African Americans were already serving in the army. A June 1, 1777 muster roll of Captain Charles Colton’s 2nd Company in Colonel John Greaton’s 3rd Massachusetts Regiment included the names of eleven African American men, most of who had enlisted prior to the January 27 act.17 The Baroness von Riedesel, who was among a group of American-held prisoners being escorted through western Massachusetts in the fall of 1777, wrote in a letter, “…you do not see a regiment in which there is not a large number of blacks. …”18

Although a proposal by Thomas Kench to establish a separate company of 200-300 Massachusetts African Americans was tabled in April 1778,19 it appears that some African Americans did serve in a primarily African American company toward the end of the war. Cicero Sweet, a native of the West Indies, stated in his pension application that he was assigned to “the black company” commanded by Captain Matthew Chambers in Colonel Calvin Smith’s 6th Regiment.20

The Massachusetts legislature finally passed a law on April 28, 1778 that permitted the enlistment of African Americans.21 In August 1778, 162 were serving in the Massachusetts regiments commanded by Colonels Nixon, Learned and Paterson, which were encamped at White Plains, New York.22 Two of the best-known African American heroes of the Revolution, Salem Poor and Peter Salem, were from Massachusetts and fought at the Battle of Bunker Hill on June 17, 1775. Salem Poor was a servant of John Poor 3rd of Andover.23 Six of his commanding officers at the battle sent a “recommendation” concerning his bravery to the General Courts of Massachusetts. The recommendation read in part, “We declare that a Negro man called Salem Poor … in the late battle of Charlestown behaved like an experienced officer as well as an excellent soldier. …We would only beg leave to say in the person of the said Negro centres a brave and gallant soldier…”24 Peter Salem of Framingham, a slave, is credited with having shot and killed a British officer, Major John Pitcairn, near the end of the same battle.25 Salem, who was a waiter to Colonel Thomas Nixon of Framingham, served throughout the war and by its conclusion had earned his freedom.26

Among the free Blacks who fought in the Revolution were Pomp Jackson and Cato Prince of Essex County. His master, Jonathan Jackson, manumitted Jackson, who enlisted from Newburyport in 1776 and remained in the army until 1782, in July 1776. Jonathan Jackson manumitted his slave because he “felt, in beholding any person in constant bondage, …more especially at a time when my country is so warmly contending/or liberty every man ought to enjoy, …and having sometime since promised my negro man, Pomp, that I would give him his freedom, and in further consideration of five shillings paid me by said Pomp, I do hereby liberate, manumit, and set him free.”27

Cato Prince, from Marblehead, was a Revolutionary War pensioner. When Prince applied for a pension in 1818, Richard and John Prince attested to his service stating that their father had purchased Cato Prince over fifty years previously, shortly after Cato’s arrival from Africa. They also stated that he had lived for many years with their father and had enlisted as a freeman in the service of the United States about 1780 or 1781.28 Another freeman who enlisted was Lemuel Haynes, a native of West Hartford, Connecticut. Haynes, an indentured servant, finished his term of indenture in 1774 and became a free man. He was a resident of Granville when he marched as a minuteman to the Lexington Alarm in April 1775 with Captain Lebbeus Ball’s company. Ordained in 1795, Lemuel Haynes was the first Blackman to become a Congregational minister.29

In some instances, the masters of servants who enlisted in the army received payment for the service of those men. Elisha Allis of Hatfield petitioned the legislature in January 1776 for the wages of two slaves who had enlisted the preceding April.30 Dr. John Sprague was paid 66 in 1777.31 In a somewhat different case, G. Johonnot of Marblehead received an “order for bounty coat or its equivalent in money” on behalf of his servant Romeo who enlisted in 1775 as a private in Colonel John Glover’s Marine Company.32

As the war progressed, Massachusetts’s towns found it increasingly difficult to meet their military obligations and turned to African American slaves to fill their quotas. “Felix Cuff, an enslaved African American man, was enlisted by the Waltham town committee in 1780.”33 After the war, Massachusetts paid Cuff “1,500 pounds in currency and 60 bushels of corn” for his service”.34

The town of Palmer enlisted two Negro slaves, Primus Jackall and Pelatiah McGoldsmith, in July 1781 in order to meet its quota of three-year men. Primus Jackall received 100 pounds 14 shillings as a bounty for enlisting, and Pelatiah McGoldsmith was paid 92 pounds 10 shillings.35 The latter, who was medically discharged at West Point in 1783, received a federal pension for his service.36 McGoldsmith and Jackall were among the more than 40 African American men who served from that part of Hampshire County which is now Hampden County.37

The Massachusetts Navy appears to have placed fewer restrictions on African Americans who wished to serve as seamen. Five African Americans were given permission in January 1776 to serve on pounds for the services of his servant, Cuff Sprague, who enlisted for three years in September armed vessels.38 In July of the same year, two Negro slaves were among the crew of the Privateer Yankey.39

Captain John Clouston of the Massachusetts Navy brigantine Freedom expressed his appreciation for the naval service of African Americans in a letter dated May 8, 1777. He wrote to Robert Treat Paine regarding two African Americans under his command, “…they ship’d on board the Armed Brigantine Freedom to light agt the enemies of America & in that respect have rendered themselves worthy of the Notice of America they were volentieers in the business & ought to be considered in the same light as any other Sailors, by no means liable to be sold meerly because they are black & their masters have a property in their servlce.”40 Among the African Americans who served in the Navy were “Scotipede” Prince of Wellfleet who was on the crew of the ship America in 178041 and John Jack who shared in prizes taken by the U.S. brig General Gates.42

Many African Americans, freemen, servants and slaves served with distinction throughout the Revolution. Some lost their lives. Primus Emanuel of Middleton43 and Julius Caesar, one of fourteen African Americans to enlist from Lancaster, both died in the cause of freedom.44

The “Massachusetts Slave Case,” Winchendon vs. Hatfleld, demonstrates the Revolution’s effect on of eight months. In July 1776, the same slave was sold to Daniel Goodridge, also of Winchendon. Shortly thereafter, London enlisted in the army for three years and Goodridge received “the whole of his bounty, and part of his wages.”46 After the war, Edom London lived in both Winchendon and Hatfield. The question considered by the court was, which town was liable for London’s support? The Supreme Judicial Court of Massachusetts finally decreed that neither town was liable because London was a freeman,47 stating, “slavery was abolished in Massachusetts by the Declaration of Rights on the adoption of the Constitution of the Commonwealth in 1780.”48

Although the court did not render its final decision in Winchendon vs. Hatfield until 1808,49 it appears that most Massachusetts slaves were freed during or immediately after the Revolution. Massachusetts was the only state that did not enumerate any slaves in the first Federal census taken in 1790.50

Battle Road: No Place for Old Men. Maybe Not!

Founder's Day originated from a proclamation by the United States Continental Congress on October 11, 1782, in response to Great Britain's expected military defeat in the American Revolutionary War. The war did not formally end until Congress ratified the Treaty of Paris on January 14, 1784. The purpose of the proclamation was essentially to thank God for America's good fortune in the Revolutionary War.

Company Roster – Westford Militia at the Battle of Concord