On May 19, 1780, known New England’s Dark Day and also referred to as Black Friday, the skies over New England and New Jersey were as black as the boots of the British soldiers. 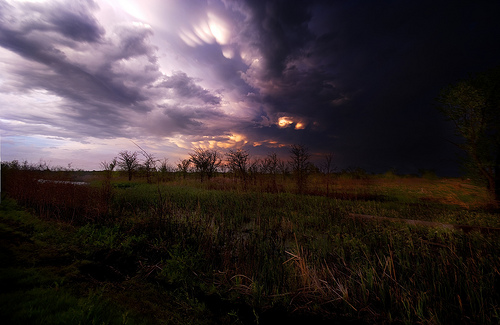 The “darkest” day of the American Revolution — May 19, 1780 — did not come about as a result of a battle, a skirmish or hardships of the war. In fact, it did not have any connection at all to the war. It resulted from a forest fire in Ontario, Canada.

On that day, referred to as New England’s Dark Day or Black Friday, the skies over New England and New Jersey were as black as the boots of the British soldiers, prompting many agitated colonists to seek solace and salvation in taverns or churches. The newspapers of the day commented upon it and many diarists recorded it in their journals. In the Diary of the American Revolution, Frank Moore noted that 2 o’clock in the afternoon was the darkest period, when a candle was needed to see anything. “The dunghill fowls went to their roost, cocks crowed in answer to each other as they commonly do in the nights; wood-cocks, which are night birds whistled as they do only in the dark; frogs peeped; in short there was the appearance of midnight.” By four o’clock, “there appeared quick flashes or coruscations, not unlike the aurora borealis.”1 From New Jersey, George Washington remarked in his diary about heavy and uncommon clouds, “dark and at the same time a bright and reddish kind of light intermixed with them—brightening and darkning [sic] alternately.”2 A soldier noted that the “whippoorwills sung their usual serenade.”3

One unidentified poet narrated the wonder of it:

“Nineteenth of May, a gloomy day,
when darkness veil’d the sky /
The sun’s decline may be a sign,
some great event is nigh /
Let us remark, how black and dark
was the ensuing night /
And for a time the moon decline,
and did not give her light.”4

In a poem published in the Atlantic Monthly, John Greenleaf Whittier wrote:

“The cattle at the pasture bars lowed,
and looked homeward /
bats on leathern wings flitted abroad;
the sounds of labor died /
Men prayed, and women wept;
all ears grew sharp to hear the doom-blast
of the trumpet shatter the black sky.”5

The following day—May 20, 1780—the sun came out as usual and darkness faded when it was supposed to. Things were back to normal, but no one knew for sure what had caused the darkness. Some colonists correctly identified the source of the darkness: something burning.

One journalist pointed out that he and his neighbors detected a “strong, sooty smell” and suspected the source to be leaves or a chimney burning.6 Joseph Dow claimed that the air for several days before had been filled with smoke “arising it was supposed, from extensive fires, somewhere raging in the woods.”7

Little could they have known—with the communication of the day—that the fire causing the event occurred hundreds of miles away. In 2007, a team of researchers from the University of Missouri Tree Ring Laboratory published its conclusion that indeed, winds and low barometric pressure forced smoke from a fire in Ontario’s Algonquin Highlands into the upper atmosphere and pushed it hundreds of miles into New England. In the International Journal of Wildland Fire, scientists explained how they came to this conclusion based on studying “fire scars” on tree rings.8 Albeit rare, there have been other “dark days,” including one on Oct. 19, 1762.

In about 1886 a former slave named Harriet Powers crafted a quilt with one of its panels dedicated to New England’s Dark Day, and in 1934, during the Great Depression, the Works Progress Administration (later renamed the Works Project Administration) commissioned Stamford, Conn., artist Delos Palmer to capture Dark Day in a painting. For those people lighting candles in total darkness in the middle of the afternoon on May 19, 1780, there was nothing like it. It would forever be known as Dark Day.

Paul N. Herbert, a member of the Fairfax Resolves Chapter, is the author of The Jefferson Hotel: The History of a Richmond Landmark and God Knows All Your Names, a collection of obscure true stories in American history. He can be reached here.

By Henry Schwan Wicked Local Concord November 15, 2015 at 8:03am CONCORD, MA. Philadelphia is…