(508) 229-1776 compatriots@massar.org Member Login
TwitterFacebookGoogle PlusPinterestVKInstagramLinkedInFlickrVimeoRSS
Reporting the Revolutionary War: Before It Was History, It Was News

Reporting the Revolutionary War: Before It Was History, It Was News 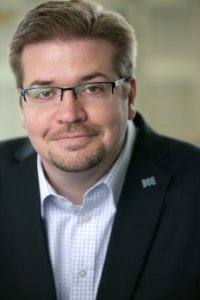 For the colonists of the new world, the years of the American Revolution were a time of upheaval and rebellion. History boils it down to a few key events and has embodied it with a handful of legendary personalities. But the reality of the time was that everyday people witnessed thousands of little moments blaze into an epic conflict-for more than twenty years. Now, for the first time, experience the sparks of revolution the way the colonists did—in their very own town newspapers and broadsheets. Reporting the Revolutionary War is a stunning collection of primary sources, sprinkled with modern analysis from 37 historians. Featuring Patriot and Loyalist eyewitness accounts from newspapers printed on both sides of the Atlantic, readers will experience the revolution as it happened with the same immediacy and uncertainty of the colonists.

The American newspapers of the eighteenth century fanned the flames of rebellion, igniting the ideas of patriotism and liberty among average citizens who had never before been so strongly united. Within the papers, you’ll also read the private correspondence and battlefield letters of the rebels and patriots who grabbed the attention of each and every colonist and pushed them to fight for freedom and change. From one of America’s leading Revolutionary War newspaper archivists, Todd Andrlik, and guided by scores of historians and experts, Reporting the Revolutionary War brings you into the homes of Americans and lets you see through their eyes the tinderbox of war as it explodes. 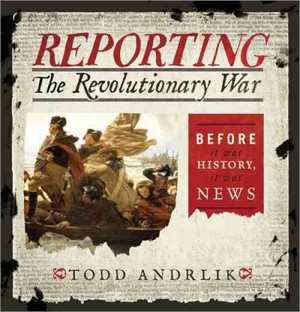 On March 22, 1765, the Stamp Act received royal assent with its fifty-five resolutions to go into effect on November 1. For the first time in 150 years of existence, Americans were going to be taxed on internal business, not external trade. Printers were to be among the hardest hit by the Stamp Act, but the effects would be felt by all colonists as it required government-issued stamps “upon every skin or piece of vellum or parchment, or sheet or piece of paper,” including deeds, wills, newspapers, pamphlets, court judgments, liquor retail licenses, playing cards, etc. Among the first American newspapers to publish the Stamp Act in full as the April 18, 1765, Pennsylvania Gazette, the same newspaper that Benjamin Franklin printed until 1748 and that continued to bear his name as printer until a partnership deal expire in 1766.

News of the Stamp Act spread quickly and was carried to Williamsburg, Virginia, while the House of Burgesses was still in season. The shock quickly changed the assembly’s agenda as they soon found themselves debating several resolutions against the Stamp Act. Newly elected Patrick Henry delivered a passionate speech to inspire passage of more radical resolves. Despite Henry’s best efforts, conservative representative were able to successfully strike two radical resolutions from the official record; however, the controversial resolves leaked to the press and were printed throughout the colonies and Great Britain, as seen in the October 17, 1765, London Chronicle, still making the statement Henry wanted.

By the fall of 1765, uneasiness over the Stamp Act’s internal taxes escalated to outrage, as demonstrated in Boston on the morning of August 14, 1765, when two effigies were hung from a great elm tree, later called Liberty Tree, at the southern neck of town connecting Boston’s 15,000 residents to the farms of Suffolk County and beyond. One effigy represented the commissioned stamp distributor Andrew Oliver and the other a green-soled “jackboot with a head and horns pepping out of the top” (London Chronicle, October 10, 1765) to mock George Grenville and Earl of Bute, John Stuart, whom the colonists labeled as the primary architects of the hated act.

At dusk, the effigies were lowered from the tree and paraded through town by a “great concourse of people, some of the highest reputation, and in the greatest order” until they stopped at stamp distributor Andrew Oliver’s newly built stamp office on Kilby Street, not far from Long Wharf in Boston Harbor, and demolished the building. Afterward, the crowd continued to Oliver’s home, where they burned his effigy and proceeded to destroy his barn, fence, garden, and, ultimately, his home. The goal was to intimidate Oliver and pressure his resignation, which it did. Oliver, who had fled his home, resigned the next day and avoided what was reported in the London Chronicle (October 10) as a planned second night of mob attacks against his property.

Less than two weeks later, on August 26, 1765, mobs attacked the homes of more crown-appointed officials, including Admiralty Court Deputy Register William Story, Customs Comptroller Benjamin Hallowell, and Lieutenant Governor Thomas Hutchinson. According to Massachusetts Royal Governor Francis Bernard’s proclamation of August 28, reprinted in the October 19 London Chronicle, Hutchinson’s home was left “a mere shell from top to bottom,” with massive destruction to the wainscot, furniture, apparel, jewels, books, and papers, and £900 stolen from the home. Bernard’s proclamation also served as a wanted poster, offering £300 for mob leaders and £100 for participants.

The intimidation of crown-appointed officials produced the result Bostonians craved. The resignation of the local stamp officer meant no one could distribute stamped paper, thereby avoiding enforcement of the Stamp Act, so businesses could proceed as usual without taxation. News of the effective revolt spread like wildfire throughout the thirteen colonies and became the tactic of choice up and down the continent with similar forced resignations taking place in Annapolis, Newport, Providence, New York, Albany, New Haven, Philadelphia, Portsmouth, Charleston, and Savannah. The Newport riot and resignation of August 27-29 is reported in detail on the back page of the Supplement to the Boston News-Letter on September 5, 1764, and presumably provided Bostonians with encouragement that the terror campaign they launched to help fight the Stamp Act was indeed catching on (coincidentally, a lengthy account of the August 26 attack on Story’s, Hallowell’s, and Hutchinson’s homes in Boston was published on the front page). The episodes of Jared Ingersoll and Henry Van Schaick, appointed stamp distributors for new Haven and Albany, respectively, are well documented in the January 23, 1766, Pennsylvania Journal.

In October 1765, a congress of delegates from nine colonies convened in New York to author and adopt a Declaration of Resolves and Grievances; among them it was stated that Parliament could not tax the American colonies without representation.

Throughout the winter months of 1765-66, the Sons of Liberty, a term applied to both organized opposition groups as well as a generic label for any stamp tax opponent, were successful in opening correspondence channels and aligning colonial interest (see Savannah dateline in January 27, 1766, Supplement to the Boston Gazette containing reports originally from the Georgia Gazette). Using news-swapping techniques they perfected during the French and Indian War, colonial printers, among the hardest hit by the stamp duty, repurposed patriotic reports from other colonies and used their newspapers as the vehicle to lead and uphold the resistance (see Annapolis dateline in March 20, 1766, Pennsylvania Gazette, which was originally printed in the Maryland Gazette on March 6).

Beyond effigies and acts of intimidation, colonial leaders also collaborated on a joint boycott of British imports, which added financial stress to English merchants and effectively recruited them to lobby Parliament in favor of the act’s repeal (see January 27 and February 17, 1766, Boston Gazette).