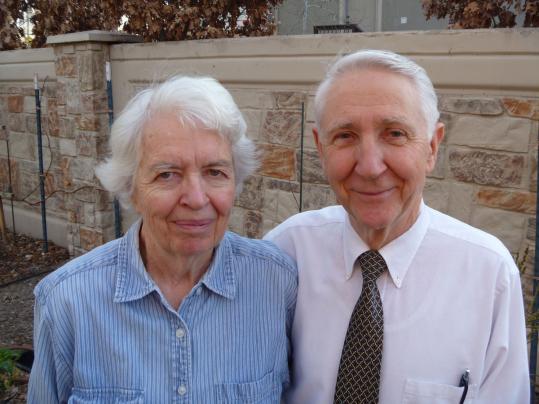 Locked away in town vaults and basements for years, the historical records date to 1620 and include the scribblings of town clerks from days of yore and the names of Clara Barton, Paul Revere, John Hancock, John Adams, and Benjamin Franklin.

The old public records are slated to go online Tuesday, and for the first time ever, people will be able to browse through millions of them and search for their ancestors by name and location – for a price. The records, totaling approximately 17 million, represent decades of work by a former Massachusetts couple who spent 30 years traveling from community to community, collecting old documents from city and town halls across the state.

“We knew exactly where to look,” said Jay Holbrook, 75, a retired researcher who began the project in 1982. “The clerks always have a basement. That’s where the good records are.”

Most of the records are, of course, already public and free, a point that Secretary of State William F. Galvin emphasized when told of the Ancestry.com sale. His spokesman said that vital records and other documents can be made available to anyone who asks for them at their local city hall or town hall. Vital records from 1841 through 1920 are also available at the Massachusetts Archives.

“What they’re doing is fine, but he [Galvin] wants people to know those records are available at city and town halls at no cost,” said Brian McNiff.

Unlike the cities and towns, Ancestry.com has taken public records management a step further by digitizing documents and creating a searchable database that it charges people to use.

The records acquired by Ancestry.com document births, deaths, and marriages of residents of 315 cities and towns over 330 years.

They include many notable names: One record states that Paul Revere died of old age at 83 on May 10, 1818. Another record shows that John Adams filed his intention to marry on Feb. 25, 1764, and tied the knot with Abigail Smith eight months later.

The birth record for Clara Barton, who founded the American Red Cross, shows that she was born on Christmas Day 1821 and that her full name is Clarissa Harlow Barton.

“We’ve been searching for a long time for a collection like this,” said Todd Godfrey, senior director of US content acquisition for Ancestry.com, which has 1.7 million subscribers who pay to browse and search online databases of military records, census and voter lists, and other public records.

“Massachusetts has been a state that really is a sweet spot in family history research,” he said.

The company typically works with national, state, and local government agencies, historical societies, and other institutions to gain access to records that can be digitized and added to its collection. But in this case, the compilation was already done and done quite well.

What the Holbrooks assembled is “rare and unique,” said Godfrey. “The aggregation work that they had done is uncommon.”

That was the result of years of labor by the Holbrooks, who managed to persuade clerks in almost every city hall and town hall in the state to let them borrow the records so they could make copies.

The Holbrooks, who lived in Oxford, a few miles west of Worcester, laugh when they reminisce about lugging heavy books up and down flights of stairs at Chicopee City Hall, driving their Toyota Camry along icy roads to get to Florida Town Hall in the middle of winter, and discovering that some of the oldest records in Boston were scattered in boxes on dirty floors, with rats scampering by. It was all part of their job, in their joint effort to preserve the life histories of the Bay State’s earliest residents.

Jay Holbrook had initially started collecting vital statistics from town halls as an academic endeavor, because he studied historical demography. He soon realized how helpful it would be to have actual copies of those records, and decided to put them on microfiche. What started out as an academic research project soon blossomed into a steady business. Holbrook put the records on microfiche and then sold them to libraries and universities. Harvard University, Yale University, and the Daughters of the American Revolution were among his regular customers.

Holbrook said he planned it like a military campaign, town by town. Every time they completed making copies of a town’s records, they would ask for a written recommendation from the town clerk, to help them get into the good graces of the next town clerk.

He was often accompanied by DeLene, who helped edit and organize the files.

“I was his assistant town clerk,” she said, laughing.

They said they had to return to one town over and over again to gain access to its records. Other times they were told that the records did not exist or had been lost. Whenever they heard that, the Holbrooks said they politely offered to help locate them.

“The town clerks loved it,” he said. “They were delighted.”

The job finally became too much on DeLene. Her breathing suffered from being exposed to so much dust and mold, she said. The couple decided to move to a dryer climate and higher altitude, where they could be close to other relatives, and moved to Provo, Utah, in 2003. But they made return trips to Massachusetts and continued to duplicate vital records until 2005. Their last stop was Newton City Hall.

Now retired, the Holbrooks recently decided to allow Ancestry.com digitize their microfiche collection and bring the records into the 21st century.

So far, Ancestry.com has digitized 9 million records, or more than half, from the Holbrooks’ collection, which is slated to become available Tuesday at www.ancestry.com/vitals.

The Holbrooks “were absolutely fabulous to work with,” said Godfrey. “They really helped us a lot, not only providing the collection, but also helping us sort through each town and make sure we understood what it was.”

History buffs and family-tree-makers will be able to use the records to map out family relationships and connections.

New Ancestry.com users must register and provide a credit card number for a 14-day free trial. If users do not cancel after the 14 days are up, they will be charged $77.70 for a six-month subscription, a company spokeswoman said. Its monthly subscription fees currently range from $12.95 to $34.95 per month.

The American Political Society was established in 1773 in Worcester, Massachusetts, by Col. Timothy Bigelow (1739-1790) as an extension of the Committee of Correspondence. It was a secret society of 71 Worcester Whigs who organized for the purpose of debating "upon ... our rights and liberties" and determining "methods to be pursued" in securing them. The Society held monthly meetings at a public house, usually the inn of Asa Ward (1748-1818), and eventually assumed control of town meetings and instructed the moderator and the representative to the General Court. The organization became a potent means of defeating