The Beginning of the End of British Rule in North America 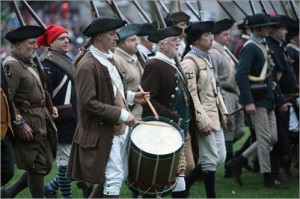 Two years before independence from Great Britain was declared in Philadelphia, it had already been achieved in rural Massachusetts.

Most accounts of the American Revolution consider the beginning of open rebellion to be the skirmishes at Lexington and Concord, Massachusetts, on April 19, 1775. But during the previous summer, ordinary citizens gathered by the thousands in the county seats and elsewhere, and, without the loss of a single life, put an end to British rule in most of the colony outside Boston.

The British Government’s Response to the Boston Tea Party

When a mob dressed as Indians threw chests of British tea into Boston Harbor in December of 1773, they were responding to British taxes that had recently (and unfairly, they believed) been imposed upon them. There had been colonial protests before, but this was the most blatant act of resistance to authority that had yet taken place. The British Parliament, headed by Lord North, decided that a drastic response was called for. In the spring of 1774, Parliament passed the Coercive Acts (later called the Intolerable Acts by the Americans) to punish the Massachusetts radicals. Among many other things, the Acts placed Massachusetts under the direct rule of Great Britain:

For the citizens of Massachusetts, this situation was the very definition of tyranny.

The Colonists’ Response to the Coercive Acts

For ordinary citizens, the most visible sign of direct British rule under the new Acts was to be seen in each county’s Court of Common Pleas. These courts, in session four times a year, heard hundreds of cases, most involving the nonpayment of debts. The courts, with their power to foreclose on property, would now be presided over by new judges, appointed by the royal governor and answerable only to him. Understandably, the county courthouses became the focus of the colonists’ resistance to the new regime:

When the governor’s new judges arrived at the Worcester County courthouse, they were met by a crowd of five or six thousand citizens, including one thousand armed militamen. The judges, sheriffs, and lawyers were forced to process in front of the crowd and repeatedly promise not to hold court under the terms of the new Acts. In Great Barrington, 1500 unarmed men packed the courthouse so full that the judges literally could not take their seats. In Springfield, a crowd of about 3000 forced the judges and other officials to resign their positions. 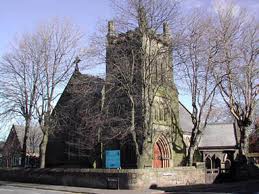 In addition to closing the courts, crowds throughout the colony forced the resignations (or escapes into Boston) of all thirty-six of the governor’s councilors, including Thomas Oliver, the lieutentant governor of the colony. They also ignored the prohibition against nonapproved town meetings; they not only met, they held elections, and began to assemble an armed colonial militia. In short, they simply ignored the royal government and proceeded to set up their own.

The Achievements of the People

In a period of about thirty days, from mid-August to mid-September of 1774, the ordinary people of rural Massachusetts, mostly farmers, ended British rule over themselves and their countryside forever. With no real organization, no official leaders, no fixed institutions – and no bloodshed – they went up against the most powerful empire on earth, and won. Their victory resulted from the sheer force of their numbers, along with their unshakable determination to be their own rulers. As one British loyalist unhappily put it at the time: “Government has now devolved upon the people; and they seem to be for using it.”

Lord North’s government had intended to isolate Massachusetts by focusing its repressive measures there. Instead, the plight of Massachusetts elicited sympathy and support from the other colonies, and encouraged them along the path toward independence. The Massachusetts revolution of 1774 is little known today: not mentioned in standard history texts, not commemorated with celebrations or holidays, not even preserved in works of fiction. If it had not occurred, the thirteen colonies would almost certainly still have separated from Great Britain eventually. But because it did occur, the separation probably came sooner rather than later.

The Influence of Cambridge in the Formation of the Nation

The Influence of Cambridge in the Formation of the Nation By Andrew P. Peabody, D.…