There is no more powerful gambit in contemporary political rhetoric than resorting to “common sense,” to principles grounded in the sentiments of “the people.” But it is not evident why this is so, nor how it came to be. Sophia Rosenfeld, Ph.D. Harvard, 1996, associate professor of history at the University of Virginia, has dug deeply into this fertile ground. Readers can draw contemporary resonances. This excerpt is from the introduction to her book, Common Sense: A Political History (Harvard, $29.95). 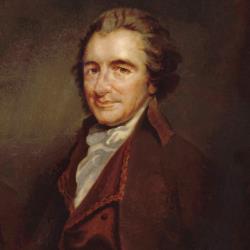 Hot things can burn you. Two plus two make four. Seeing is believing. Blue is different from black. A leopard cannot change its spots. If I am writing these words, I exist.

There are many reasons not to write a book about common sense, especially if you happen to be a historian. For one, common sense is, by definition, a historical terrain. In modern parlance, we sometimes use common sense to mean the basic human faculty that lets us make elemental judgments about everyday matters based on everyday, real-world experience….

Other times we mean the widely shared and seemingly self-evident conclusions drawn from this faculty, the truisms about which all sensible people agree…. If that is not problem enough, the tenets of common sense are ostensibly so banal, so taken for granted, that they generally go without saying….

Moreover, when historians do consider common sense, they generally do so from a position of hostility: it is what social scientists see as their professional obligation to work against….

There is a good reason, however, why historians might well want to pause and reflect on the history of common sense itself, including its evolving content, meanings, uses, and effects. That reason is the centrality of the very idea of common sense to modern political life and, especially, to democracy.

Consider for a moment Thomas Paine’s eighteenth-century boast that common sense is firmly on the side of the people and thus opposed to the rulership of kings. We have no reason, even now, to accept this pairing of common sense and republican governance as anything more than wishful thinking or a rhetorical masterstroke on the part of Paine. For most of history, and indeed even in North America in early 1776, the opposite was surely the case; the direct rule of the people was deemed an obvious recipe for disorder, instability, and worse. It is worth noticing, though, that ever since the appearance of Common Sense, Paine’s famous call to arms of that fateful year, Americans in particular, but ultimately exponents of democracy everywhere, have paid enormous lip service to the epistemological value of the collective, everyday, instinctive judgments of ordinary people.

This is particularly true when it comes to matters of public Thomas life….Trust in common sense. “Paine meaning both the shared faculty of discernment and those few fundamental, inviolable principles with which everyone is acquainted and everyone agrees” has, in the context of contemporary democratic politics, itself become commonsensical. Politics has been recast (no matter the growing complexity of the world we inhabit) as the domain of simple, quotidian determinations and basic moral precepts, of truths that should be self- evident to all.

How did this come to be? How – and with what lingering consequences – did common sense develop its special relationship in modern times with the kind of popular rule that we call democracy?